CENTRAL Coast Mariners have slammed the referee following their 2-1 defeat to Arema FC in the Menpora Cup final in Indonesia on Sunday.

The Central Coast Mariners have slammed the referee following their 2-1 defeat to Arema FC in the Menpora Cup final in Indonesia on Sunday.

The reigning A-League champions conceded two penalties in their loss, however Central Coast assistant coach Phil Moss said the performance of referee Oki Dwi Putra Senjaya left the team with 'a sour taste in our mouths'.

Despite the match serving as a pre-season clash for the Mariners, they played in front of 38,438 fans at Kanjuruhan Stadion and there was US$75,000 on the line for the winning team - making the nature of their defeat all the harder to take.

"It is clear only one team was meant to win tonight's final - and it most certainly wasn't us," Moss said.

"Many of the Arema players and staff felt compelled to apologise to our boys after the game, so that should give people some indication of what's gone on tonight."

Arema opened the scoring in the first half after Mariners skipper John Hutchinson's sliding challenge in the box in the 41st minute was deemed a foul.

Striker Keith Gumbs made the most of the opportunity, putting the subsequent penalty into the back of the net.

However Hutchinson was again at the fore 10 minutes into the second half after a handball in the box led to another Arema penalty. Gumbs made no mistake from the spot, giving the 41-year-old St Kitts and Nevis international his second goal and clinching the win for his side.

Despite his grievances with the referee, Moss said he was extremely happy with the Mariners' performance leading into the start of the A-League season and the grand final rematch scheduled in round one.

"There were so many positives to come out of tonight, none more so than the fact it was perfect preparation for the Western Sydney Wanderers game as it was played at such a high intensity," he said.

"We didn't have a bad player out there tonight."

Central Coast had been forced to split their squad, as the Menpora Cup final coincided with a pre-season game against the Newcastle Jets in Tamworth. As a result the Mariners only had 11 players available for selection.

Moss said the club had benefited from the trip to Indonesia.

"We've played some real high quality games with short turnarounds between the matches and in front of some very hostile crowds," he said.

"I'm delighted - as I know Arnie (manager Graham Arnold) is - with the attitude and the performance on and off the field of all of our players over the past two weeks." 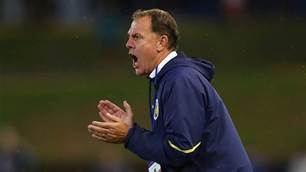 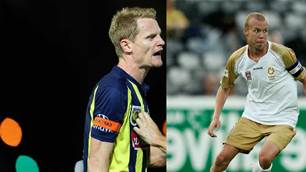