Seven goals and almost every one was a belter, rounding off a fantastic night at AAMI Park and a solid return-to-winning-ways for Warren Joyce's side.

Ritchie de Laet opened the scoring only 15 seconds into the match after the Wanderers' cheap defensive giveaway. Roly Bonevacia struck back from the spot as Western Sydney ended the first half strongly, but a Luke Brattan special restored City's lead soon after.

To their credit, Markus Babbel's side kept the faith and took advantage of some lackadaisical movement - Tass Mourdoukoutas equalised from a plum Jordan O'Doherty cross before Jaushua Sotirio scored an equally impressive goal to Brattan's.

But as always with Western Sydney, it wasn't quite enough. De Laet scored another, then a phenomenal Bart Schenkeveld header sent the crowd into raptures.

Great stop early in the first half, diving to deny Roly Bonevacia. All the goals were screamers or penalties, what can you do?

Springs like a gazelle - brimming with raw power, jumping over attackers and defenders alike with ease.

The short-shorted Dutchman’s short-temper could have caused a few problems, but with the ball he’s practically Fonzy.

Scored in the first 15 seconds after latching onto an errant Wanderers’ pass, then in the final 10 minutes with a superb spinning low-drive. Yet another two notches for the big Belgian fullback.

He’s had a few careless moments the last few weeks, not exactly leading by example. 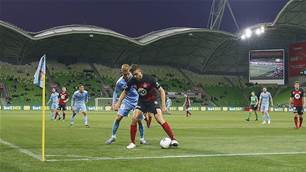 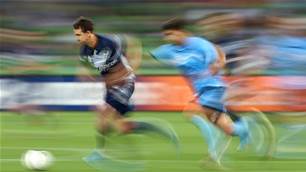 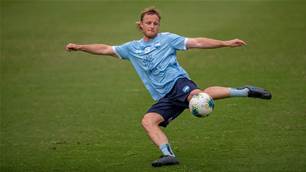