Page 1 of 2  |  Single page
The expensive Brazilian duo caused problems all night for Victory’s defence, with the former sealing a brace with an impressive curling effort.
Despite scoring three against Ulsan Hyundai in round one, Victory’s attacking trio saw little of the ball in Shanghai.
Besart Berisha found it hard to hide his frustrations at times and a consolation penalty did little to temper his mood. 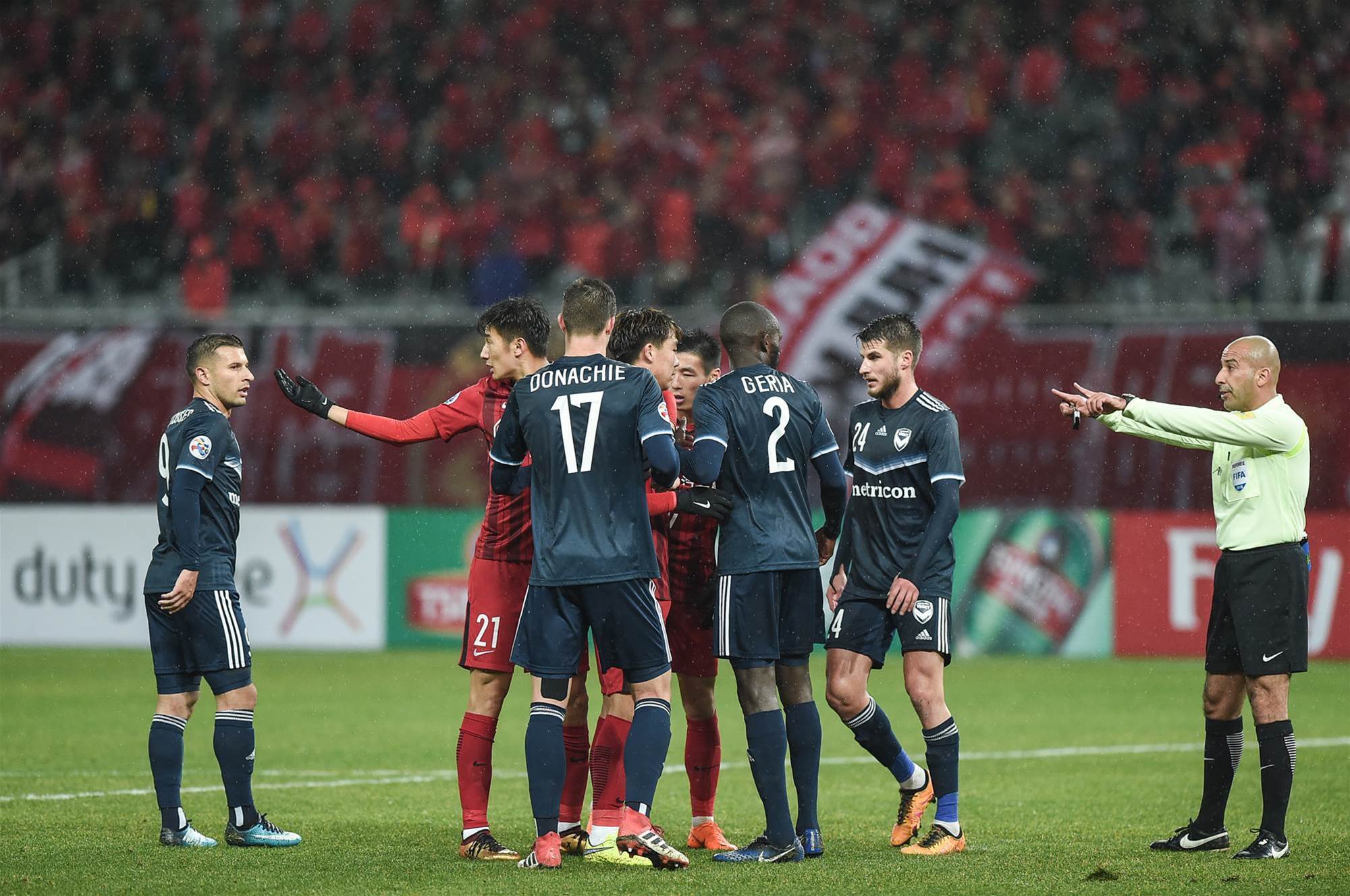 Thomas’ shaky moment early in the first half set the tone for Victory’s underwhelming performance. A routine shot squirmed through the goalkeeper’s hands and tried sneaking underneath the crossbar. Credit where it’s due, none of the four Shanghai goals were Thomas’ fault.

Tried withdrawing his arm from an attempted Shanghai cross, but was penalised for his slow reactions. The resulting penalty was cooly finished by Hulk. Geria’s misfortune continued in the second half, when a clearance fell to Oscar – a player who is unforgiving from 18 yards, making it 3-0.

Donachie knew full well that giving the likes of Hulk time on the edge of the box leads to goals. Sticking to his game plan, the Victory defender closed the opposition down on every occasion, but was sometimes outclassed by the Brazilian. 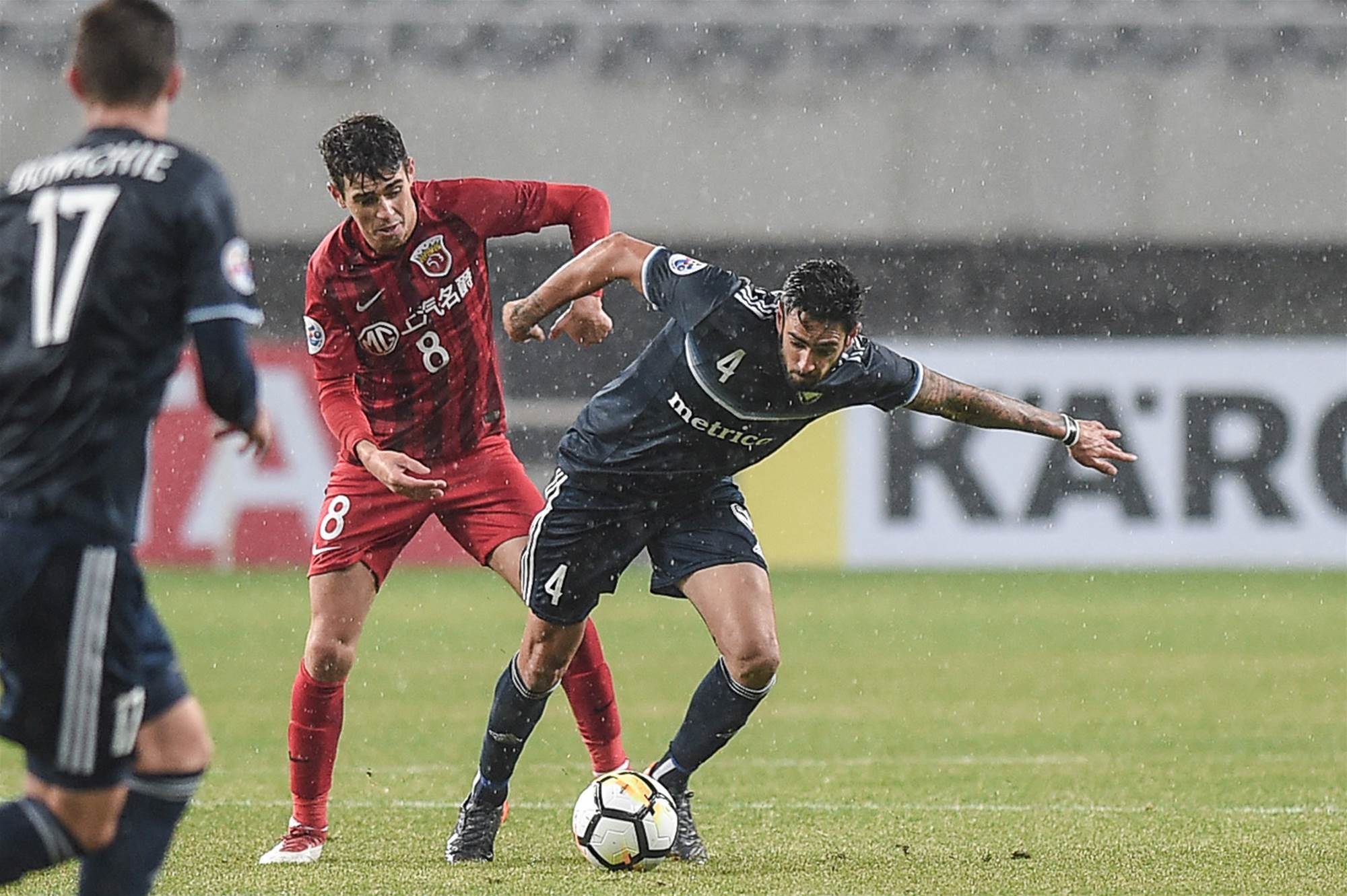 Passive in defence on a number of occasions, but won an important header in the opponent’s penalty area, leading to a Victory penalty. Certainly a night to forget for Williams and his defensive colleagues.

Broxham was faced with the near-impossible task of stopping the free-flowing Hulk from playing at his full potential. The former FC Porto winger picked holes in Broxham’s defensive zone, cut inside and created chances throughout the night. The Victory veteran will be keen to put this performance behind him.