Melbourne Victory has become the third side in the A-League to abolish fees for youngsters playing in their academy.

Included in a release announcing that the academy of the four-time A-League Champions will be headed to Albury-Wodonga on October 19 and 20, the move makes Victory the first A-League club in Victoria to do away with fees for its junior players.

Also announced was the news that former New Zealand Football Player Development Officer and Barnsley and Blackpool midfielder Martin Bullock would be headed to AAMI Park as the lead coach of the club’s new U13-16s program.

It makes an important step forward for the club under Academy Boss Drew Sherman, who arrived from Brisbane Roar as the new boss of Victory’s academy in March of this year and, in an interview with The Daily Football Show in July, described the setup he inherited as “a blank canvas.”

“It is our responsibility as a professional club to provide the scope for talented young players in Victoria to access elite coaching and development opportunities,” said Sherman on Thursday.

“The newly launched Academy program is one of the most important strategic elements for our club.”

Despite helping to develop talents such as Seb Pasquali, Christian Theoharous and Birkan Kirdar, Victory’s senior side was relegated to the third tier of Victorian football at the end of the 2019 NPL Victoria season and has, in recent years, been overshadowed by Melbourne City on the academy front; the Bundoora based outfit regularly outpacing their rivals when it comes to international representatives at the U17 and U20 levels and seizing headlines thanks to talent such as Daniel Arzani.

According to figures calculated by journalist Damir Kulas, Victory players aged 21 and under combined for only 673 minutes during the 2018-19 A-League season, compared to the 4,107 of City.

Nonetheless, the recent announcement, combined with the presence of Josh Hope, Anthony Lesiotis, Brandon Lauton, Matt Sutton and Benjamin Carrigan on Victory's matchday squad in round one of the A-League season, could indicate a change is afoot.

The first A-League side to eliminate fees for their academy sides was 2018/19 Y-League Champions Brisbane Roar, with 2017/18 Y-League Champions Western Sydney Wanderers following suit alongside the opening of their new Blacktown Training Facility. 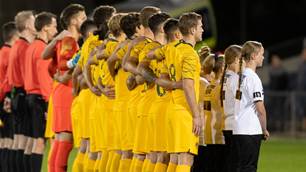 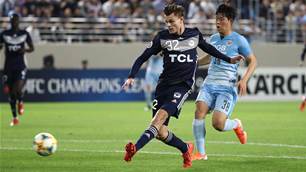