“Don’t speak to the driver"

We had a North Korean driver but we were told not to talk to him.  He didn't speak English at all anyway.

We were told not to speak to the people too much, but we didn't really get a chance anyway.

Pyongyang is meant to be the capital city  but it's a very old looking place. From the airport to the hotel I saw a lot of long landscapes with nothing really there.

A few old buildings along the way and then when we got to the city there were more structured buildings, but a lot of them had on them large portraits of North Korean leaders.

When we were driving in it was starting to get quite dark, and there weren't many people around.

A lot of the males were sort of wearing similar types of clothing a kind of olive coloured jacket.  Like an army jacket. It was very quiet.

It felt like a long time getting to the hotel. 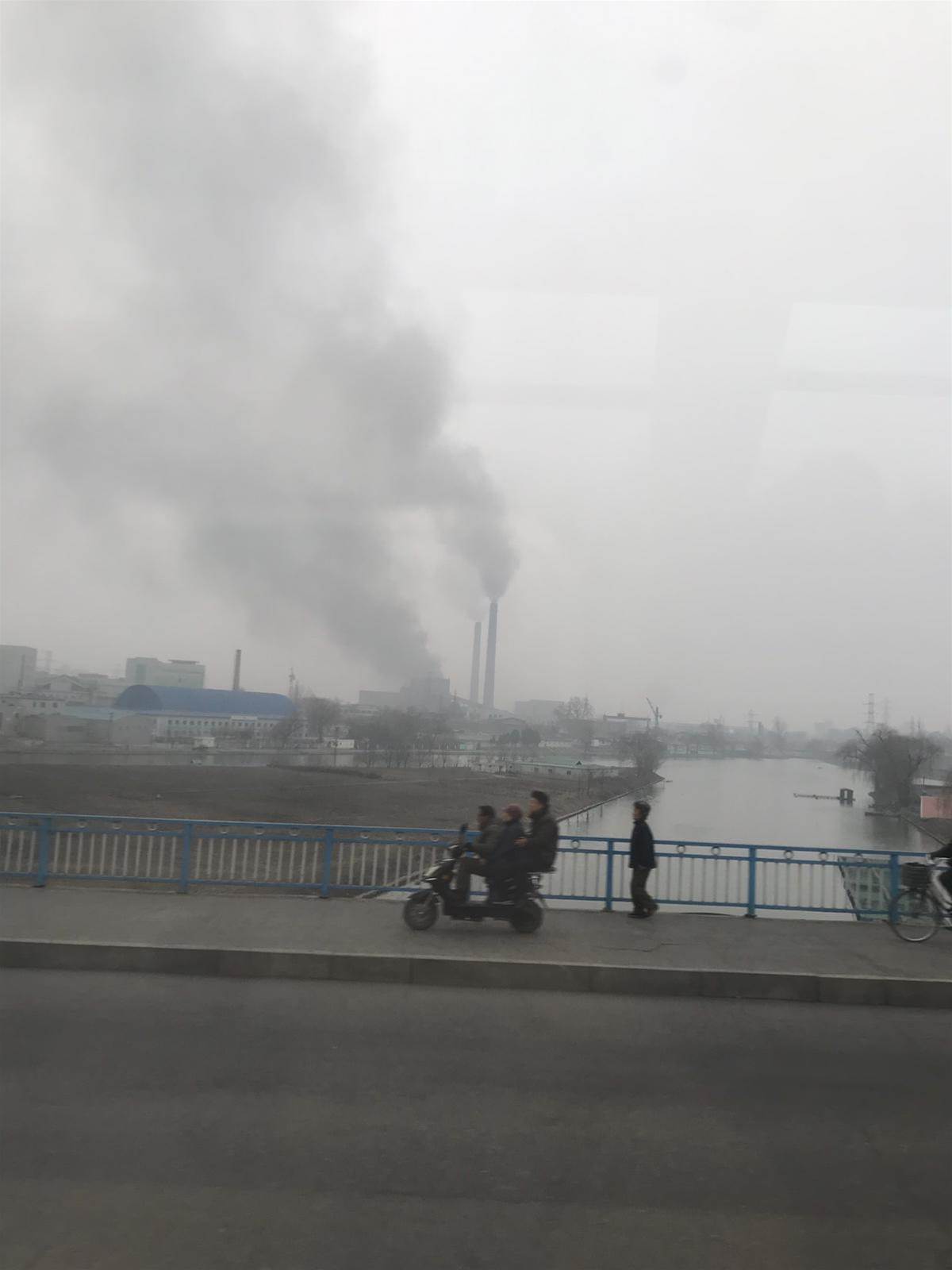 The view from Harry's bus

It was quite big the hotel. Like an old version of the Marriott.  We saw a few people from China in the hotel but that was about it.  The only North Koreans we saw worked at the hotel.

We  had double rooms and we were on the 27th floor.  So we were quite high up but the problem was the balcony.

The railing only went up to about my knee level, so it was very very dangerous when you stood out on the balcony that high up.

When I woke up in the morning, because it was cold, it just looked like a white wall of fog from what I could see. You couldn't see a railing because it was so low. I remember looking out and thinking how crazy it was. For safety reasons in Australia you would never have a balcony like that where you could fall off so easily. Everyone was shocked at the balconies.  We couldn't believe it and we were so high up.

After we arrived at the hotel we took another bus trip to a smaller stadium.  It was an artificial surface.  A very old looking stadium  and there was nothing around the stadium.  It's sort of sat between two farm looking areas.  The seats were just cement.

I tried to take a photo but I was told not to take one.  “No photos”. We had minders with us.

We stuck to the rules. Sort of. 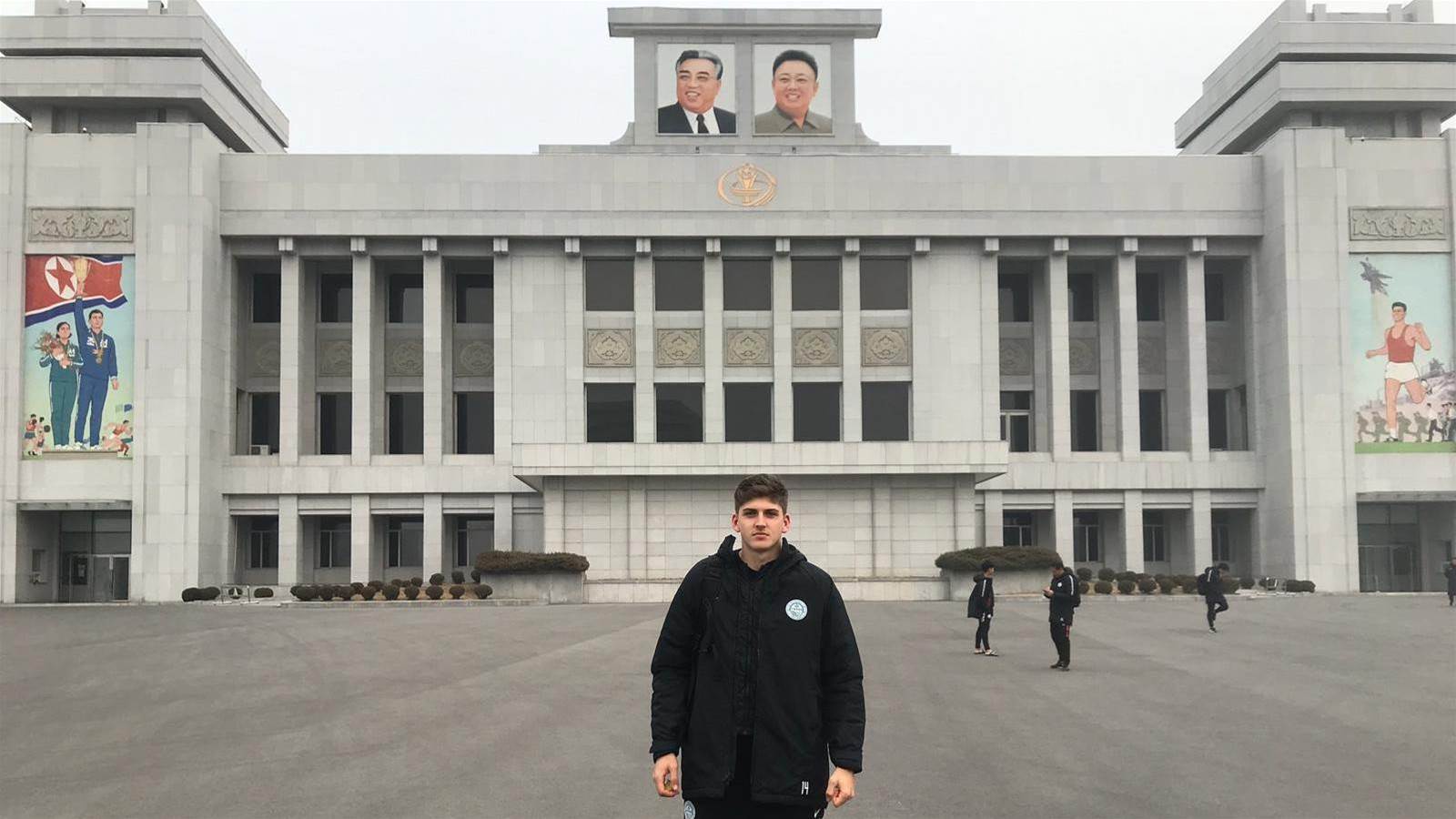 "Wherever we went, we saw pictures of North Korean leaders"

Match day minus one

We had a familiarity session before the game, so during the day, we didn't really do anything. There was no internet.

We just had to stay in the hotel and occupy ourselves. We trained at the stadium at 2pm and the North Korean side trained after us. We had one hour at the stadium in preparation for our 4pm kickoff the following day.