Hamilton Azzurri has described as disgraceful the decision by Northern New South Wales Football and FFA to ban it from using two playing kits that they say are in breach of the National Club Identity Policy which the FFA are in the process of replacing.

The Newcastle amateur football club was told by NNSWF that two of their jerseys, which include the Italian flag and the Ukrainian coat of arms, conflict with the NCIP and cannot be worn.

But in March this year, FFA announced that the controversial NCIP had been overhauled and was to be replaced by a new 'Diversity and Inclusion Policy'.

Despite that though, NNSWF has told Hamilton Azzurri not to use their kits in the FFA Cup because a new policy has yet to be put in place yet.

And, as such, the old policy remains until the new policy is endorsed by the FFA board.

"I note that FFA has announced that the NCIP will be replaced by a new Diversity and Inclusion Policy, however, the NCIP is still in force and therefore all clubs are obliged to abide by the regulations.

"It would be appreciated if you informed Hamilton Azzurri that the club is prohibited from using the strips with immediate effect."

Azzurri, which are due to play Hamilton Olympic in the FFA Cup preliminary rounds, has slammed the move as "misguided".

"Hamilton Azzurri are a club that is proud of its heritage," James Sneesby, the club's player liaison officer, told FTBL.

"We are an all-inclusive club with people from all walks of life always welcome. Our squad represents over 30 different nationalities.

"The decision by NNSWF and the FFA to ban the use of two jerseys which have two separate cultures represented (Italy and Ukraine) is disgraceful, misguided and goes against what makes this game great.

"That being its ability to transcend boundaries, include and accept all and promote and celebrate our similarities and differences. I feel the FFA and NNSWF will forever be on the wrong side of history due to this decision.

"They have also made this decision giving the club one working day to find 42 numbered jerseys after the club has worn these jerseys for almost 18 months.

"Disillusioned is an understatement.

"We are sincerely saddened by this decision and we call upon the football community for their support in this matter. It affects all of us.

"The Ukrainian jersey was a commemorative jersey for the father of some of the players who passed away. He had contributed a lot to the club over the years."

The NCIP was a hugely controversial initiative introduced in 2014 that alienated many fans and clubs across Australia.

FFA director Jospeh Carrozzi added to the confusion this weekend when he insisted on Twitter that the NCIP had been scrapped.

The NCIP has been scrapped. Was decided at a board meeting. In its place is a ‘principles based’ approach which promotes inclusive and non discriminatory clubs. We are developing the principles now. But NCIP is no more

But he later backtracked and admitted it was still in force until a replacement policy is put in its place.

Important to note that the @FFA board decision to repeal NCIP now has to be implemented. We are not there yet so @NNSWF & any Association must observe the current rules until we issue new ones. The delay is regrettable but we have made a key commitment.

A statement released by NNSWF added: "FFA Director, Joseph Carrozzi, has clarified that the NCIP remains in force until the new Diversity and Inclusiveness Policy is endorsed by the Football Federation Australia Board.

"In response, all Member Federations and Competition Administrators are obligated to uphold the terms of the current policy, which include; 'A Club must not use, advertise or promote (or permit any other person or entity to use, advertise or promote) any ethnic, national, racial, religious or political connotations, signifiers or associations in connection or association with the Club.'

"NNSWF does not have the autonomy to pick and choose when National policies are upheld. All affiliated clubs, including Hamilton Azzurri, are obligated in accordance with the National Registration Regulations to abide by National Policy, which underpins the governance of the game.

"NNSWF will advise clubs when the terms of the new Diversity and Inclusiveness Policy are released by FFA. NNSWF will continue to uphold national policy without fear or favour." 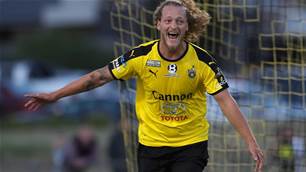