For the “Langy” squad they are literally being retrained to think and work like professionals ahead of their NPL2 East season in Victoria.

The semi-pro lads are currently undergoing their most intense and eye-opening pre-season under the 37-year-old former Newcastle Jets boss, who is giving them the benefit of over 10 years at the highest level of coaching in three countries.

“It’s done to the best of our ability. And it’s benefited everyone, every session is sharp. We’re getting the most out of it.”

Langwarrin midfielder Kane Bentley added: “You can see his expertise and knowledge. I’ve already learned heaps from him."

But why Langwarrin? And why now for Miller?

It’s all part of his ingenious plan to recalibrate his career on and off the park at the club he played for as a junior.

“I don’t see football as being relative to any status [in terms of leagues]. As a coach, I need to continually learn. I don’t use the word challenge as regards to Langwarrin.

“I see the club as a fantastic football club. Great people.

“Our ambition isn’t just to perform well but to recruit well. Part of my role too is to improve professionalism, the standards and understand where I’m at as a coach.

“It’s about implementing a strategy and learning how players at this level learn and how to affect them. It’s a great experience for me, I’m really enjoying it.

“And at this level, a big part of football is fun and enjoyment. And sometimes that can get lost at the elite level because of the performance or relative performance and the win/lose/draw stats.”

And for the season opener, Miller will have an A-League reunion of sorts when Melbourne City visit Lawton Park Reserve on February 16.

Miller may be the most versatile coach in the country.

He arrived 10 years ago as an ambitious 26-year-old, who worked his way up in Fulham’s set up from the academy to the first team fitness coach to a dual role of fitness/assistant coach.

The Victorian was based in London with the Cottagers for 10 years. It was a huge learning curve at a club that was in the English Premier League for nine of those 10 seasons. 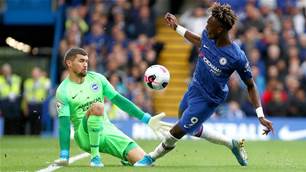 Mat Ryan to donate $500 for every EPL save 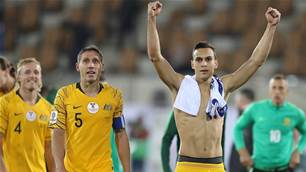