APIA Leichhardt Tigers have reclaimed top spot of the National Premier Leagues NSW competition after a huge Round 18 win against Sutherland Sharks.

The Tigers win ends Sydney Olympic’s nine-week run at the summit and adds another twist to the Premiership race with four rounds to go.

Rockdale City Suns are back in finals contention after moving back into the top five with an impressive win against Olympic.

Blacktown CIty’s inconsistent season continues with a 0-0 draw with Marconi Stallions which allowed Sydney United 58 to leapfrog them into third spot.

The final match of the round will take place on Wednesday night when Sydney FC Youth travel to Cromer Park to play Manly United FC. 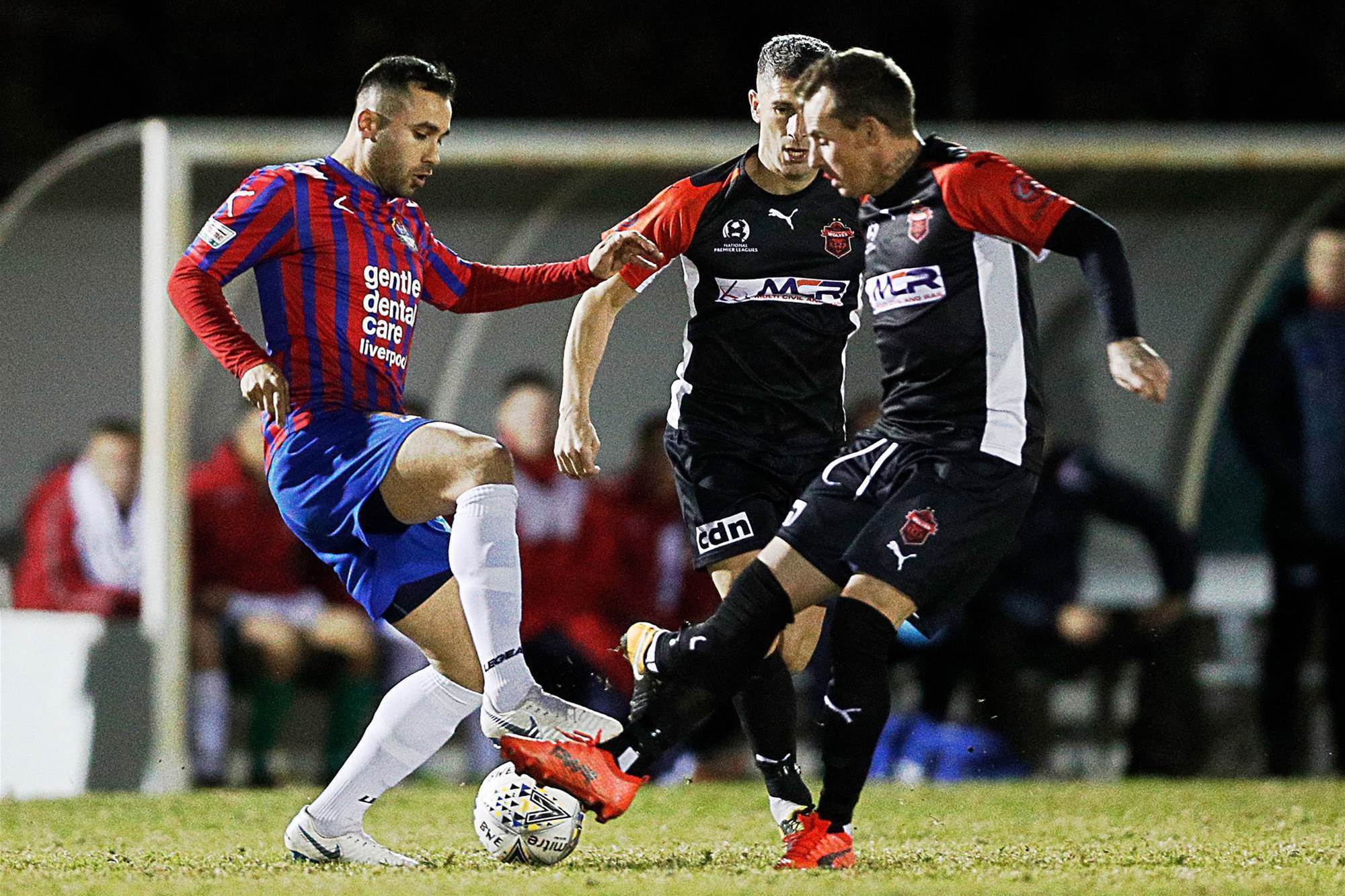 The shock departure of long serving coach Brian Brown midweek did not hold back Bonnyrigg White Eagles back as they claimed a shock 1-0 win over Wollongong Wolves on Saturday.

Interim head coach Milan Susak claimed his first win at the helm as a late first half header from Jewook Woo ensured the three points would go the way of the White Eagles at Bonnyrigg Sports Club.

The Wolves pushed hard to find an equaliser but paid the price for missed opportunities as they failed to find the back of the net.

It was a vital result for Bonnyrigg with the win helping them leapfrog Wollongong on the ladder to seventh spot.

The win stretches the Reds winning streak to four with MIro Vlastelica’s side leapfrogging Blacktown City to take third place.

Payne was in inspired form for the home side with his goals in either half, alongside a Mat Sim strike, the difference for United 58 against a determined Hakoah outfit.

The visitors netted only six minutes into the contest through Anthony Frangie, but it would prove to be only a brief moment on top for Hakoah.

Payne levelled after 26 minutes before he found the net again alongside Sim in the second half to secure the win. Marconi Stallions have failed to cement their spot in the top five after they were held to a 0-0 draw in torrid encounter at Marconi Stadium on Sunday.

The home side will rue what should’ve been three competition points after veteran defender Michael Beauchamp’s goal on the cusp of half time was disallowed for offside.

It proved to be one of the best chances of the afternoon with both sides struggling with the windy conditions.

Blacktown were forced to sit back and defend late int contest as the Stallions pushed for a winner, but it wasn’t to be for Peter Tsekenis’ side.

The competition’s top scorer put APIA ahead early before the hosts were pegged back by Ryoga Suyama.

However, the Tigers pushed out to a 3-1 lead at halftime and never looked like going behind as they laid on another three after the break.

The result was a serious message of intent from the Lambert Park based side as they leapfrogged Sydney Olympic and move closer to an incredible defence of their Premiership title.

After today’s victory over @SuthoSharks_FC, Jordan Murray with his hat-trick, moves along to 19 goals for the season. 8 goals clear of Alex Sanchez of @SydneyOlympicFC. A just reward for a wonderful season. Terrific work Muzza. 👏 #GoldenBoot @NPLNSW @footballnsw @FNR_Radio pic.twitter.com/JDdJIxgtEL

Urosevski’s goal came late in the game, sending Rockdale fans into raptures after what had been a relentless battle between the two teams.

Olympic had their chances as the second half came to life after a first half devoid of true opportunities but couldn’t find the back of the net.

Rockdale shot stopper Ante Covic wound back the years with a star performance to keep his side in the game before Urosevski hit the winner with 13 minutes left on the clock.

It was an important win for the Suns against their rivals, keeping their finals hopes alive and knocking Olympic from the top spot on the ladder.