WHAT DO YOU RECALL OF THE DRESSING ROOM THE MOST?

Playing with Roddy Vargas who was coming to an end of his career though he’s still playing now, and seeing him in tears, that’s when it kicked in how special it was.

This is what I hold close to my heart, playing with Roddy and him going back to face A-League opposition after he was a champion of the A-League. 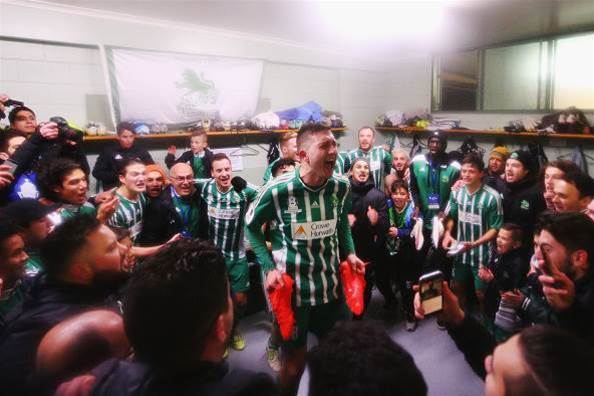 FOR AN NPL PLAYER TO MAKE THE MAINSTREAM SPORTS BULLETINS... IT MUST'VE FELT SURREAL?

When Fox Sports rang me and there were cameras coming to my apartment. That’s when it made me realise how special it was.

My Dad and my family are all big football fans. So for me to do something special, was great for my family to experience it too.

I heard the goal was shown in Germany and other places around the world.

DID THE GOAL BOOST YOUR PROFILE WITH A-LEAGUE CLUBS?

I’ve never had a call from the A-League while I’ve been in Melbourne, even after some great seasons.

It’s obviously disappointing because that’s why I came here in the first place five years ago. So while I’ve been playing football, I’ve become a photographer.

I still want to go to the next level in football and we'll see what happens with a second division.

HOW DOES THE GOAL RANK IN YOUR CAREER?

It was a special moment and I’m grateful for it.