Strict restrictions on travellers from Australia due to the coronavirus outbreak will make A-League matches in New Zealand "impossible", Wellington Phoenix say.

Wellington Phoenix say it will be "impossible" to host A-League matches in New Zealand under strict restrictions set to be imposed on travellers from Australia.

The New Zealand government announced on Saturday it would be imposing a 14-day quarantine period on overseas arrivals in a bid to contain the spread of coronavirus.

While Sunday's clash between Phoenix and Melbourne Victory at Sky Stadium is set to go ahead, the Wellington-based club said while the restrictions are in place, it cannot hold future matches at home.

The club are expected to announce a plan to play their two further remaining home games - against Adelaide United and Brisbane Roar in rounds 26 and 28 – in Australia to get around the travel ban.

"As it stands, it will be impossible for any future Hyundai A-League Season 2019/20 games to be held in New Zealand, pending another Government review in 16 days," a Phoenix statement said.

"The club has been making preparations for this eventuality and will make further announcements in due course.

"The club will continue to also continue to work closely with the League, FFA, New Zealand Government and its partners as it works through this challenging time."

Next weekend's A-League fixtures were already almost certain to be played behind closed doors due to a federal government ban on non-essential gatherings of over 500 people coming into effect from Monday.

Just what the New Zealand government's decision means at this stage for the immediate future of the competition is unclear however.

Brisbane Roar coach Robbie Fowler says whatever happens, the most important thing is to ensure the health and safety of players, officials and spectators.

"Everyone's a little bit nervous in the world at the moment," the ex-Liverpool star said.

"It's not just in Australia, it's all over the world.

"We've just got to listen to the relevant authorities and if they think playing games behind closed doors is the best thing then we're all for that."

On Friday, FFA chief executive James Johnson said his organisation would be led by the recommendation of government and health authorities and stressed it would be up to individuals to decide what they do this weekend.

"It's for the fans to decide if they would like to come and if they can come," Johnson said.

An FFA working group will set out a whole-of-game approach to the outbreak, including FFA Cup, National Premier Leagues and grassroots football as well as professional tiers.

The virus has already led to the Matildas' high-profile friendly against the world champion United States in Utah next month to be cancelled while a clash with Canada a few days later in Vancouver has also been called off. 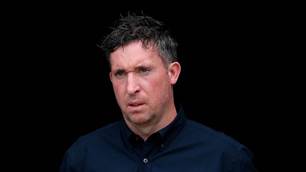