However, young midfielder Brook's transfer to Brentford is undoubtedly one of the most interesting offseason moves in Australian football. A three year contract beginning with Brentford's reserves, Brook's versatility is key to the Championship club's interest.

The 18-year-old has made just eight A-League appearances but has shone for Adelaide and proven why the Reds academy is so highly rated with his calm poise and excellent vision, however at Brentford, he's set to go up an entirely new level.

Discussing Lachlan’s arrival, Brentford B Head Coach Neil MacFarlane said: “Lachlan has been brought to our attention and he’s someone that will offer us a lot at the top end of the pitch, both assisting and scoring goals.

“He’s a really good character and he’s been playing men’s football which we’re starting to see with the players that have come into our B Team group recently, which is really pleasing. He won Young Player of the Year at Adelaide which is a really good achievement. He’s the type of player who can handle the ball and he has flashes of brilliance, so we’re absolutely thrilled to get this signing over the line and I think he will have a bright future at the Club.”

Despite a population of just 27,000 people in the Greater London area and until two months ago, a stadium capacity of just 12,000, the Bees finished third in last season's Championship.

It's the second time they've made the playoffs in the past five years as one of the smaller clubs in the entire English football league.

They've achieved this success by acting as one of the purest development clubs in England, raking in huge sums from both transfers and selling-on fees, meaning they continue to earn huge sums as their academy products grow stronger from club to club.

Brentford have sold on nearly 10 Premier League players in the past five years alone, regularly earning transfer window profits of over $40 million. Just a few months ago they sold Ollie Watkins for $54 million to Aston Villa, less than two years after they'd bought him for $3 million from Exeter City.

Brentford's owner took over Danish outfit FC Midtjylland in 2014 and with Awer Mabil and a host of other extremely promising young footballers at the helm, they just made the Champions League for the first time.

This tiny English club are also expanding to Iceland and Uganda, in a City Football Group esque development spectrum showing every other minnow exactly how to create a powerhouse out of a back shed.

It's an extremely exciting destination for a young Australian footballer and one that promises huge returns in the future. It's also a pathway that Adelaide United could do well to try and replicate, as they seek to rebuild from a series of huge offseason losses. 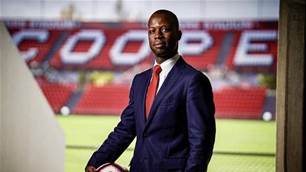 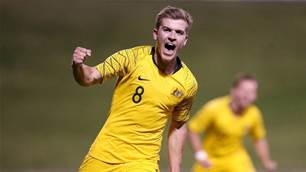 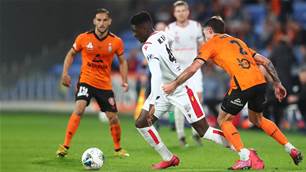