In Cambodia last March, Australia was one of the successful nations across Asia, ensuring progress along with South Korea in Group H.

Consecutive 6-0 routs of the hosts and Chinese Taipei and a 2-2 draw with South Korea booked Graham Arnold's men's spot in the final stages of Olympic qualification.

Now, in January at the AFC U23 Championships in Bangkok, the Olyroos must be at their very best.

It’s going to be tricky, as only the top three teams qualify for the 2020 Tokyo Olympics in July, though if hosts Japan end up in those final three spots, the fourth-placed side will advance.

Australia last played on the Olympic stage back in 2008, so the pressure is on to get back onto the big stage.

We catch up on three current Olyroos and an exciting potential fourth who’s just arrived back in Australia after making his Bundesliga debut.

ON LOAN AT HELSINGBORG, SWEDISH ALLSVENSKAN

Glover was loaned out to Swedish club Helsingborg from his parent club Tottenham Hotspur in April.

He’s on loan till June 30 at the Allsvenskan outfit, who currently sit third bottom of the league.

Glover, who had a brief stint with the Mariners in 2017, has been on the bench for his Swedish club in recent times behind Par Hansson and Kalle Joelsson. 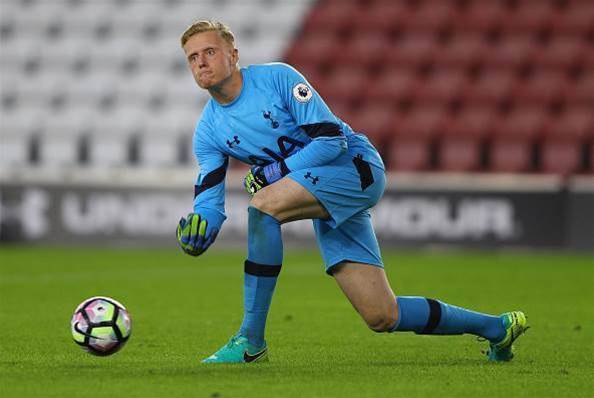 Glover, in Premier League 2 for Spurs against Southampton last season

Glover was one of 164 free agents from English Premier League clubs at the end of last season.

After June 30, it’s not clear whether the Swedish top-tier club will retain their Olyroo shot-stopper or he’ll move elsewhere after his release from the UEFA Champions League runners-up.

Glover’s Swedish club’s next game is on June 28 against Orebro as his loan spell ends. 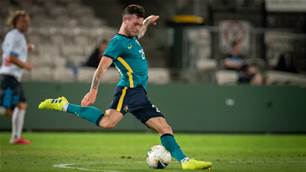