The club, which represents eight states, is an anomaly in the cricket-loving nation, according to Papas.

“I know cricket is still the number one sport in most of India, but it’s not in the northeast of the country,” the former AIS, A-League assistant, and Victorian NPL coach told ftbl.com.au from India.

“They are fanatical about their football. And this year we’ve managed to get the state behind us,” said Papas, United's assistant coach.

“It’s a very difficult job here in the north east of India. They are the only club never to qualify for ISL playoffs.

“But it's gone well so far, we amassed the same points after five games than we did in 18 last season.

“And we’ve got some really good foreigners. We have a Uruguayan playmaker Federico Gallego and a Nigerian striker called Bart Ogbeche. These two guys right now are the form players in the league.

"The squad is a really good mix of young Indian players and foreign players.” Crowds of 15-20,000 at the Indira Gandhi Stadium are proof the locals are finally getting excited about the Highlanders after a lean five years in the ISL.

With just one loss in their last five, United's next game after the international break is November 23 against Kerala Blasters at the Indira Gandhi.

Sitting in fifth, a win could potentially propel United into second in the 10-team competition.

One of the owners of the club is John Abraham [the actor and former model]. He’s a huge star in India but also provides grounded leadership for a club desperate to make the playoffs.

"He’s a fantastic person, down to earth and humble even though he’s a star, with people always trying to get his autograph. He’s such a gentleman," said Papas. 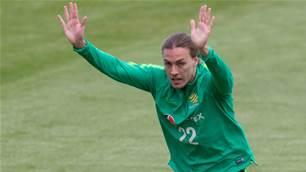