Diego Castro first joined the A-League club ahead of the of the 2015-16 season after over a decade of play in La Liga.  He went on to make 136 appearances for Glory, recording 30 assists and 49 goals in his six seasons with Perth.

Castro was ultimately be named the captain of the Glory, won three Most Glorious Player Awards, was selected twice for the PFA Team of the Year and won the Johnny Warren Medal.  He was also part of the side that won the Premiership in 2019 during his illustrious A-League career.

"Diego has been one of the best players Australian football has ever seen," he said, "and undoubtedly Glory’s greatest overseas recruit of all time.

"His place in the pantheon of Glory greats is well and truly assured and on behalf of our Members and fans, I would like to sincerely thank him for the massive contribution he has made over the past six years.

"We have been fortunate to have had the pleasure of watching a player of his quality and he will always remain a cherished and much-loved member of the Glory family.

"We would like to take this opportunity to wish Diego and his family all the very best for the future."

The owner of the Perth Glory Tony Sage had appeared on SENTrack's TAB Touch Lounge with Declan Kelly and Peter Vlahos and all but officially confirmed Costa's departure during the radio interview earlier in the month.

According to Sage, a reluctance to commit in a timely manner to the club ahead of the 2021-22 season by Castro and the opportunity to sign Daniel Sturridge meant that Perth no longer had any visa player allocations left.  In the official statement issued by Perth Glory Sage has stated:

"Diego has been phenomenal since day one of wearing the purple," he said.

"In my opinion, he has been the greatest visa player to visit Australia.

"I am personally very sad that he is leaving and wish him and his family all the best in their future."

No news has emerged as to whether Castro will try to find another playing opportunity elsewhere or if the 39 year old will retire from the sport. 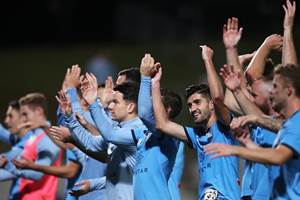