Dennis Gedling has been a passionate and regular Perth Glory fans for most of his adult life.

He's seen it all. Most of it, not so good, but he's always been there, supporting his side.

Back in the NSL to the A-League, Gedling has never wavered in his support for WA’s flagship football side.

He’s a true believer with Glory in his DNA.

Now, he is on the cusp of the greatest day.

In Glory’s way on Sunday is Sydney FC.

We caught up with a giddy Gedling, one of the hosts of the popular Glory Guerrillas podcast, to gauge his feelings about Sunday’s blockbuster at Optus Stadium and the season to remember in Perth.

First, Dennis, have you recovered from that epic semi final with the Reds? And how do you sum that up?

Getting there with the recovery.

Friday night was exhausting more than anything else in the end.

Like many times this season so much to process mentally.

Are we top of the league? Are we winning games? Are we in a Grand Final?

It's an out of body experience.

As Glory fans, many years of heartache in the A-League (let's not talk Brisbane 2012). So, how does it feel now being Premiership winner and with a home grand final favorites for the Championship double?

When we won the Premiers Plate it was relief more than anything else. It all still feels new and unusual and has not sunk in at all.

The turnaround under the three Tonys (Popovic, Pignata, Sage) has caught the whole league by surprise let alone the long-suffering Glory fans.

There is no real smugness.

I just constantly think of that Ruby and the Romantics song: "Our day will come."

Sum up the season so far?

A blessing. A joy.

A gift for those who have stuck by the club through the constant away losses, the salary cap debacle, signing rejects from other clubs, being under FFA control, Jamie Harnwell and Adrian Webster punching on with each other on the pitch after a game, Steve McMahon (both Sr and Jr), Brisbane 2012...

Glory has been part of my DNA really.

I met some of my closest friends through the club.

Copped many, 'Why do you bother anymore' from some Eurosnob football mates.

I just feel happy for so many people I know who have suffered along as the league went gangbusters at times over east.

The club this season have also hit the spot with fan interaction and making the whole experience enjoyable for all.

Professional from head to toe.

Optus Stadium to host GF. Good idea or would HGF Park give you more of an advantage? Thoughts?

Tony Pignata, the Glory CEO, joked with us at the start of the season that he'd see us at Optus for the Grand Final so they always had it in mind.

We had our three NSL home Grand Finals at Subi so it's not like it hasn't been done before.

While Subi was a relic, Optus is a state of the art stadium and after being there for a rugby event last year it's not that bad for rectangle sports.

It's for events like this that the thing was built and the Grand Final has to be maximised for the sake of the league.

It's a shame we'll lose our advantage a little by moving from our spiritual home but it's not like we're having to play at the local park.

Poppa would have mindful of this situation a while ago and will (hopefully) have a contingency plan.

We also played Chelsea there in the pre-season. 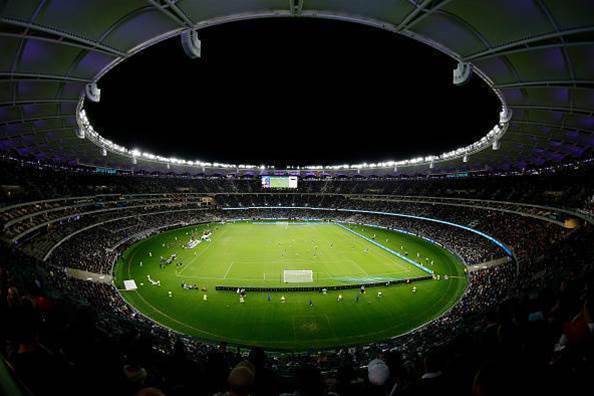 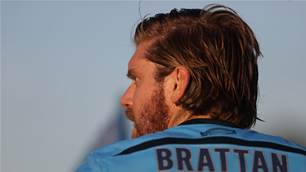 'Before 1am we all packed up and got out': Sydney stars in A-League Grand Final mayhem