Perth Glory have extended their lead at the top of the A-League ladder to nine points after cruising past Brisbane Roar in front of an impressive crowd of over 10,000 spectators.

A decent player on the ball but was closed down as soon as he had possession by the midfield bull that is Neil Kilkenny. Replaced by Mikkelsen after an hour.

Did not bring his usual clinical influence to his side. Unable to really impact the match.

Struggled to break away from the formidable pairing of Kilkenny and Juande. No major influence on the match.

Started brightly but quickly became deprived of the ball. Lucky not to be yellow carded for an extremely late shove on Ikonimidis. Attempted an audacious lob from his own half that nearly caught Reddy off guard. 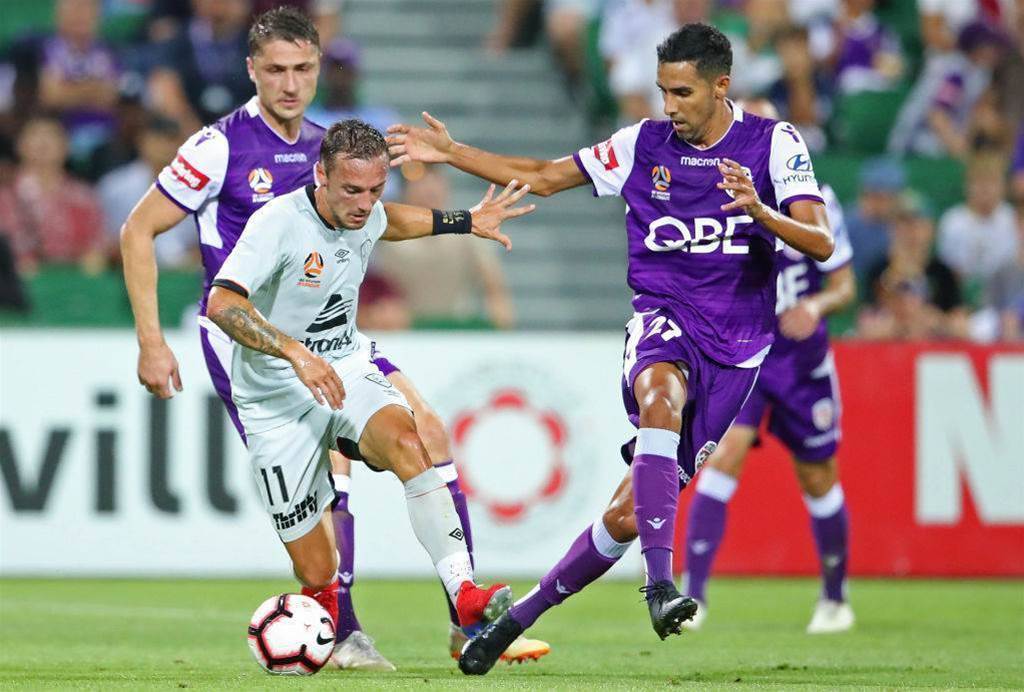 Unable to get into the game at all. Beautheac’s body language throughout the match expressed frustration at his team’s inability to string a few passes together.

Not the slippery fish’s best performance, the Brazilian veteran turned the ball over in attack and defense, piling more pressure on his teammates.

Replaced Stefan Nigro at half time. Brought on to provide more defensive steel, however at 3-0 it was too little too late from Darren Davies.

Replaced D’agostino on the 65th minute.