A strengthening Western Sydney Wanderers side travelled across the country to nib Stadium, with hopes of inflicting more pain on an already hurt Perth Glory. The boys in Purple however, had brought in reinforcements, showing their intent to get back on track.

Coming off five straight losses made the task even harder for the Glory, down on confidence and goals. The Wanderers were in the same boat, winless in their past three and finding it hard to gel as a team under a new playing style.

Controversy struck early, with Wanderers youngster Keanu Baccus being sent off, after VAR Craig Zetter gave the word from upstairs. From there, it just got worse for the visitors with the night not holding any luck whatsoever. It was ‘one of those days’ for the Red and Black, the pressure mounting on a club with such high standards.

Very lucky to not see red, in a lot of eyes. Some sloppy goalkeeping to concede the goal. Made some smart saves and commanded his defensive line.

Good performance in his first game back in purple, solid and strong defensive game as always. 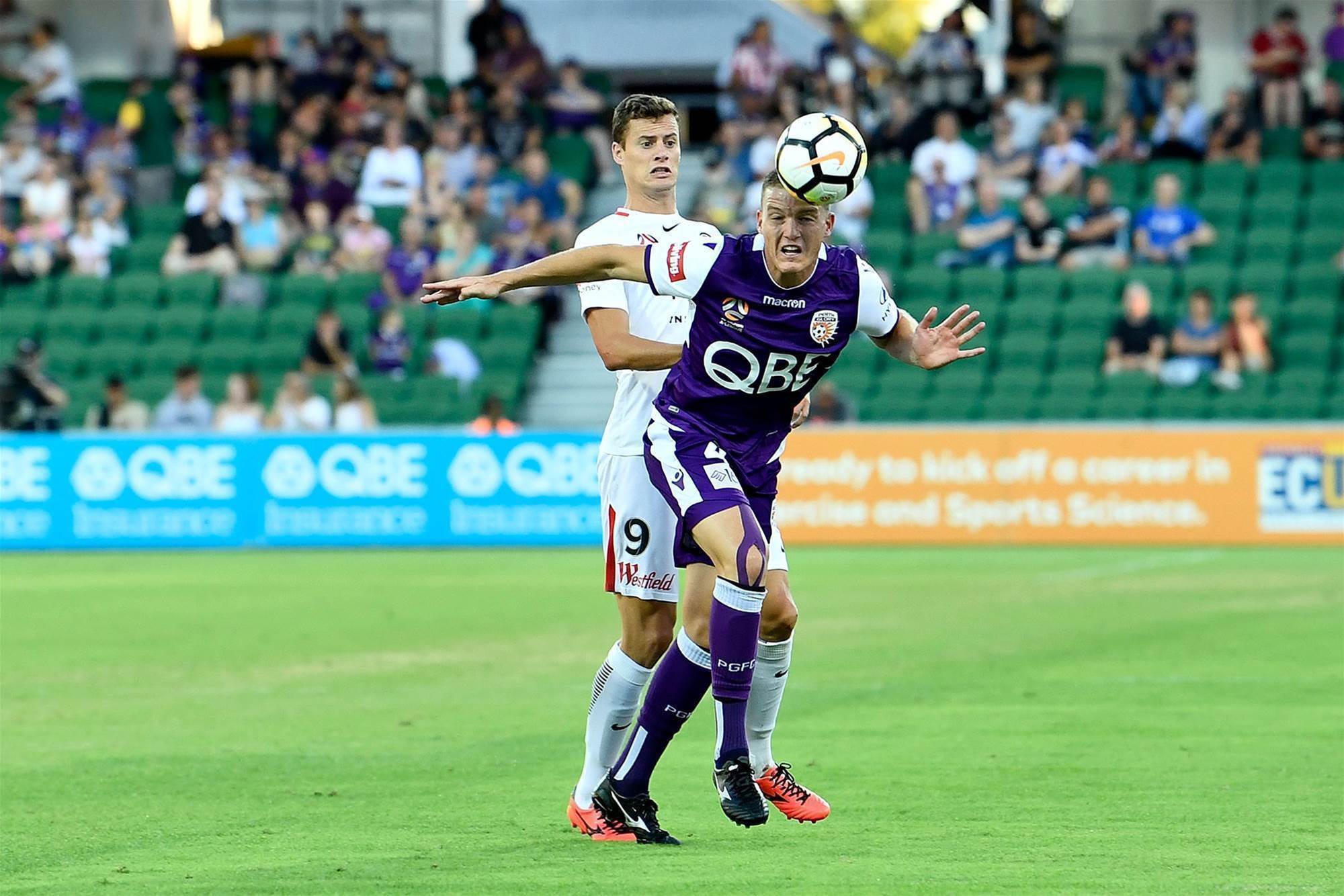 Disappointed in himself for letting Oriol Riera find free space leading to the Wanderers’ penalty. Solid game, cleared the potential danger when he could and kept the ball movement into midfield flowing.

Made occasional smart runs down the side to support the wide midfielders. Didn’t really manage to cause any real threat with crosses into the attacking area.