Professional Footballers Australia (PFA) has declared that Australia’s premier youth competition – the Y-League – “does not meet the needs of the players, A-League clubs or Australian football,” in a new research study released on Wednesday morning.

Examining the past five years of the Y-League, which marks the time period in which it switched to its current format, the PFA tracked the career progression of over 700 players that have appeared in the competition and surveyed 110 youngsters to create the report - which follows on from their 2019 study examining the development of Australia's Golden Generation.

In its current form, the Y-League is just an eight-game competition, with Australia’s A-League sides – bar Western United – and Canberra United sorted into two, geographically defined conferences of four that playoff in a home and away format.

In essence, this means that there are just 720 minutes of football against the best of their age group available to young players in Australia against just four unique opponents.

Of the young players surveyed for the study, 90% of respondents believed that the season length needed to be extended: “remove two pools and create one main competition playing alongside A-League and W-League,” and “there needs to be a smaller gap between Y-league and A-League so when players need to transition up it’s much easier than it is at the moment,” amongst the feedback received.

With the cost of football a hot-button topic in Australian football, the survey of Y-League players also indicated that even just a step below the A-League, costs are a concern for Australia's brightest talent.

83% of players indicated that a greater wage – the stipend for a Y-League player not on a scholarship contract roughly $100 a week – was the most important factor in prolonging their football career, with 71% of respondents unsatisfied with the remuneration offered by clubs.

"I was working while I was training as a Y-League player," Jonathan Vakirtzis, a former Melbourne Victory prospect and Australian U17 World Cup representative who now plays with Pascoe Vale in NPL Victoria, said.

Football boots (95% of respondents) and transportation costs such as petrol and public transport (85%) were highlighted as significant expenses that weren’t covered by clubs, while greater access to education and development programs, better club environments and access to medical services were also highlighted as priority areas.

“More matches, more sessions and greater opposition,” wrote PFA Chief Executive John Didulica in his introduction to the report. “Raise the age, lift the level of competition and give players the time they need to turn into the footballers we all want them to become.”

“Obviously in the NPL they give a lot more money," said Melbourne City midfielder Denis Genreau.

"I remember that was a discussion with some of the older boys: do I do one more season in the youth league and try to get an A-league contract or do I just go to the NPL where I know I’ll be making $2000 a game where I can live with that and have a part-time job?’”

The report found the Academy of Western Sydney Wanderers sent the most players to the A-League, 25 youngsters moving into the Red and Black’s senior squad from the academy, closely followed by Adelaide United (24) and Melbourne City (22). Perth Glory (11) and Newcastle Jets (10) harvested the least from their academy setups whereas, despite closing following the 2016/17 season, the FFA CoE still sent 16 players to the A-League (albeit they needed to move to other clubs to be able to do so).

Outside of football, 57% of those surveyed for the report were currently studying in some form – 17% having no other commitments and 2% indicating they were full-time professional footballers – and 59% of those had missed school commitments as a result of their Y-League duties: “Arriving late to school three or four times a week is pretty common” and “I miss an hour of school every day of the week” some of the feedback provided.

“In its current format the Y-League does not meet the needs of the players, A-League clubs or Australian football,” Didulica said.

“In the recently released PFA study, Culture Amplifies Talent, many players spoke to the transformative impact of the National Youth League on their career. Players were able to pin-point one match, one moment, one experience, that was central to their drive to climb the summit.

“This does not match the experience of players in today’s systems.

“We have an opportunity now to re-design the Y-League to ensure it broadens its competition reach, commits to a better balance between football and education, and can become a genuine incubator of future talent.”

The report can be read in full here. 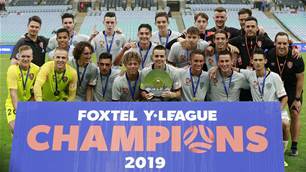 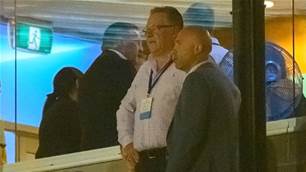