Forcing Melbourne City to play on the counter-attack was another sign Wellington are gaining respect in the A-League, according to coach Ufuk Talay.

Wellington coach Ufuk Talay believes A-League opponents have acknowledged the threat the Phoenix pose by the cautious way they play against them and warns there is better to come.

Talay also suggests he has settled on his best front four after Gary Hooper set up David Ball for the decisive goal in their 1-0 win over Melbourne City in Auckland on Saturday.

The fifth-placed Phoenix maintained their unbeaten record in seven games at Eden Park, dominating possession against their second-placed visitors who have owned the ball in most of their games this season.

Talay said City counterpart Erick Mombaerts' tactic to set his team up defensively recognised how far his team had come.

However, Talay regarded it as a moral victory over opponents who wouldn't have appreciated playing for so long without the ball.

"We can pick them off, or we can play through them, or we can go over the top of them.

"It's a big three points for us but are we there yet? I don't think so."

Talay believed marquee striker Hooper enjoyed his best outing of the season as the Englishman continued to respond to being dropped to the bench for last week's loss to Perth - a game in which he scored twice as a substitute.

Hooper showed unexpected pace down the right wing before delivering a pinpoint cross to Ball for his goal.

"I thought he was sensational," Talay said of former Norwich City and Celtic forward Hooper.

"You can see why he's played in the Premier League... he brought players into the game, assisted with the goal and held the ball up for us, especially in the second half."

It may mean out-and-out wingers Jaushua Sotirio and Callum McCowatt struggle for minutes after playing a big part in Wellington's campaign, which has them sitting just three points below City in a logjam behind runaway leaders Sydney FC.

Talay was reluctant to talk about top-two or top-four finishes before Friday's home match against Western United.

"The goal is to make the top six. It's very important that we secure ourselves in that position first," he said.

"Once we're there, we can have a look moving forward." 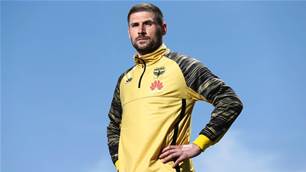 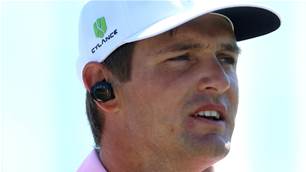