TAKING four points from the Melbourne double-header against Heart and Victory has lifted the confidence of the Wellington Phoenix players, says skipper Andrew Durante.

The Wellington side had been struggling for form and self-belief prior to Wednesday night's clash with the Heart but all that changed when Paul Ifill found the back of the net twice in the space of 11 minutes to lift the Phoenix to a much-needed 2-0 win.

Ifill continued his rejuvenated form against Victory on Saturday night too and was rewarded with an 84th minute goal as the home side fought back to earn a 2-2 draw at Westpac Stadium.

Tim Brown opened the scoring in the 17th minute before his strike was cancelled out by well-taken goals from Archie Thompson (his 50th A-League goal) and Robbie Kruse.

"The confidence is definitely there now," Durante said.

"We believe we can win games. Even if we're down we showed tonight that we can come back and get back into the game. That was probably lacking a month ago. It's definitely a step in the right direction."

With Ben Sigmund suspended for the game, teenager James Musa was handed his A-League debut at left-back.

It was a baptism of fire for the 18-year-old who had to contend with Thompson, Kruse, Carlos Hernandez and Billy Celeski at various times through the match.

Thompson got the better of him to score his goal, while Celeski managed to get a cross in from the right for Kruse to toe poke home.

But the young defender made a crucial run into the box to do enough to prevent Kruse from grabbing his second and won several challenges in the air before being replaced by attacking midfielder Marco Rojas with 15 minutes to go.

"I thought he handled himself pretty well," Durante said.

"He said he was a little bit nervous before the game but that's to be expected.

"There are better players than him who have been turned inside out by some of these players.

"He'll learn from this experience. He's got it under his belt now and I'm sure he will grow as a player. He is definitely one for the future."

Herbert must now decide whether or not Musa is ready to back up against Sydney on Saturday or whether to recall Sigmund and return Troy Hearfield to left-back.

The Phoenix coach is also likely to have to make a change to his attack as well after Leo Bertos left the field with a groin problem and is unlikely to make the trip across the Tasman.

Bertos was replaced by Ward 10 minutes into the second half then Chris Greenacre replaced Daniel to form a two-man attack up front with Ifill.

Rojas slotted in on the left when he replaced Musa and caused Kevin Muscat more than a few headaches as the Phoenix pressed for the equaliser.

"Marco could come in for a straight swap for Leo," Herbert, who must manage his side given they host Adelaide United in Christchurch just four days after the match at Sydney Football Stadium, said.

"He's a talented young kid. I wouldn't be afraid to expose him against Sydney. He's a fantastic little talent." 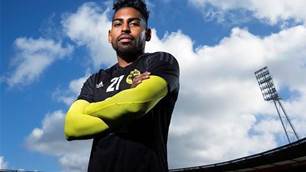 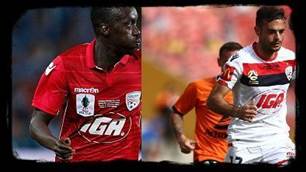