Wellington Phoenix are set to travel to Australia after coming to an agreement with Australian officials that will allow them to train while in a 14-day period of isolation.

Initially slated to travel to Australia on Tuesday and begin their Australian-government mandated period of self-isolation, the ‘Nix reneged on those plans when the possibility that they wouldn’t be able to train during the two-week stretch arose.

"We have come up with a solution to base ourselves in Australia but we won't go until we are comfortable that the logistics around that stay in Australia is acceptable to us,” Phoenix General Manager David Dome told Radio Sport

"Absolutely mandatory in all of that is the ability to train in that two weeks."

However, in an announcement posted on their website on Tuesday afternoon, the Kiwi club revealed that an agreement had been reached with Australian state-based health officials and that they would depart for Sydney on Wednesday.

‘’The decision to travel to Sydney in an attempt to complete this season, was made as a club,” Dome said in the latest release.

‘’We have discussed this amongst ourselves, consulted with health professionals and government bodies in Australia and New Zealand and taken all possible precautions to ensure those travelling are given the best protection possible.

‘’We are also conscious that the situation is constantly evolving and it may all change again tomorrow, but we are making this decision with the best information we have available at this time.

“As things have continued to evolve rapidly over the past few days, all options have been investigated and it became apparent that suspension of the Hyundai A-League was never an option.”

Phoenix sit just a point back of second-placed Melbourne City with a game in hand on the A-League table after the conclusion of round 23 and – had the FFA not made the determination that they would be forced to relocate to Australia for the rest of the season – was in prime position to host an A-League final.

Instead, players will now find themselves based in Australia until the A-League season can be completed, with the club giving its members the choice to stay in New Zeeland if they wanted to.

“All players and coaching staff have elected to travel to Australia tomorrow,” said Dome.

“The club also recognises the impact that this will have on players and football operations’ families, and a number of support measures are being put in place to assist them during this time.” 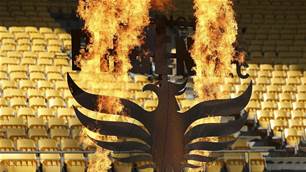