Glory controlled the ball against Melbourne Victory on Friday night but slumped to a 1-0 loss, extending their winless run to four games.

"In terms of the performances we're controlling the games better than we did last year, so that's an improvement," Popovic said.

"If we can keep controlling games and performing the way we are, that will turn."

Glory's much-vaunted front three of Diego Castro, Chris Ikonomidis and Bruno Fornaroli have struggled to deliver match-winning scores, but Popovic was adamant the trio were clicking - just not able to finish off their work in the final third.

Despite their difficult start, Popovic said he didn't feel extra pressure on his team to deliver before their schedule gets busier with their inaugural Asian Champions League campaign in February.

"I think there's always pressure to get results if you want to be challenging for honours," he said.

"So if you want to do that, there's always pressure for results. Asian Champions League doesn't change that - it's a competition we're proud to be in, first time for Perth Glory, but that's in February so that's still a little while away.

"In terms of needing results just for that, I think we just need results in general."

Next Friday, it will be out of the frying pan and into the fire for Glory, who will return to AAMI Park to face table-toppers Melbourne City - with Fornaroli to face his former side for the first time since he was frozen out by former coach Warren Joyce.

"We'll see how he is during the week - I doubt there'll be any issues or needing to address any situation," Popovic said.

"His record speaks for itself in what he did at Melbourne City, so he doesn't need to prove anything to anyone.

"He's now playing for Perth Glory, he's playing well, he's maybe missing a bit of the luck in front of goal that maybe Jamie Maclaren's got so maybe that can rub off a bit next week for him.

"But he's getting in the right areas, he's getting chances - you can see he's hitting the post, he's there - so hopefully that'll improve further next week and those balls will go in." 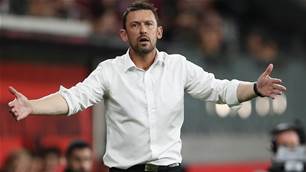 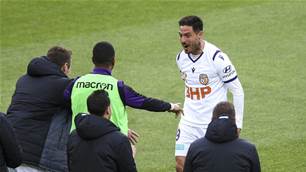