The January transfer saga of Riley McGree ultimately saw the Socceroo head to English Championship side Middlesbrough, rejecting what seemed like a completed transfer to Scottish Premiership giants Celtic FC.

Riley McGree was meant to head to MLS club Charlotte FC this year, with whom he had signed in 2020.  The January transfer window then became a three way race, with Celtic FC, Nottingham Forest and Middlesbrough FC all vying for the Socceroo's signature.  McGree chose the latter and has now explained why.

Just three weeks ago, it seemed that Riley McGree was going to be joining fellow Australian Ange Postecoglou up in Glasgow.  Having been coached by the Celtic FC manager when he was in charge of the Socceroos, the deal was reported to be completed.

However, talks broke down at the eleventh hour when English Championship side Middlesbrough increased their offer for the Australian.  The club have stated they were adamant to get McGree to join their side currently targeting for Premier League promotion.

McGree has now spoken to the Sydney Morning Herald, the Socceroo explaining his reasons for his Championship choice starting with the project sold to him by Middlesbrough manager Chris Wilder:

“From what I’ve seen in the past and what I’ve heard from speaking to him, and from what I’ve seen whilst being there, it’s definitely a brand of football I want to be involved in and can see myself being involved with going forward,” McGree told the Herald.

“It’s a big club, big ambitions, the set-up there is second-to-none and with the past few months, Chris Wilder coming in and the direction in which the club wants to go, they’re in a good position in terms of play-offs at the moment.

“Playing in the Premier League is obviously the end goal for the club and for me, it would be a dream. All these things tied into one was the reason I chose to go Middlesbrough.”

The club have had a good run of games of late, being undefeated since November.  Their next match will arguably be their toughest one this season, with Boro meeting Manchester United at Old Trafford in the FA Cup fourth round.

Prior to that match McGree will face Oman in Muscat tomorrow, in the Socceroos Matchday 8 of the AFC Third Round World Cup qualification campaign. Currently sitting third in Group B, the game is a must win game for the Australians.

Whether the three day turnaround will be enough to allow McGree to be available for this Friday's FA Cup match will be seen.  If he were to make an appearance in that fixture against the Red Devils, it would be his club debut for Middlesbrough. 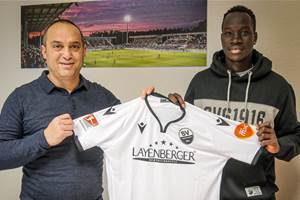 Central Coast Maritner's former young striker has been loaned to a 2. Bundesliga side for the remainder of the season. 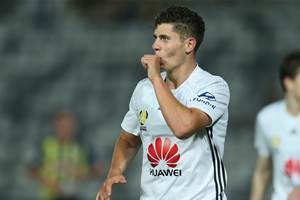 The English Championship is broadcast on BeIN Sports in Australia.