By the time Arnold had selected his first Socceroos camp, Gersbach had found a permanent home, this time in the quaint riverside city of Breda in the Netherlands. On paper it seemed a terrific move: Breda were a lower-table side but had finished reasonably comfortably the previous season.

Like all Eredivisie sides, they were in the player development business, but unlike Rosenborg, Breda didn’t have their pick of the nation’s talent and were routinely forced to look elsewhere.

They also lacked the overhanging legacy of a club fighting for European relevance – Breda were undergoing a resurgence after years of financial strife and had consolidated firmly after promotion the previous season.

Not that there wasn’t enough competition to restore the Aussie’s Socceroos hopes.

Then there were the slew of mammoth-loanees, with the recently promoted club taking full advantage of the Eredivisie's growing reputation as a loan-hub for large English clubs.

But by the time Gersbach arrived Breda were languishing in seventeenth position. The Aussie walked straight into a starting position under the nervous leadership of former club stalwart Ruud Brood and went on to play every match bar one until the Asian Cup.

It was therefore no surprise when Arnold chose his known quantity in a supporting role for the Asian Cup. But while Gersbach won the nod in Arnold’s first Socceroos match, notching seven minutes in a rout of Kuwait, he wouldn’t play again throughout the entire Asian tournament.

Despite a series of lacklustre performances, in which Australia’s inability to attract any fluency in attack drew widespread criticism, Arnold played Aziz Behich in the left-back position for every single minute of the entire tournament. 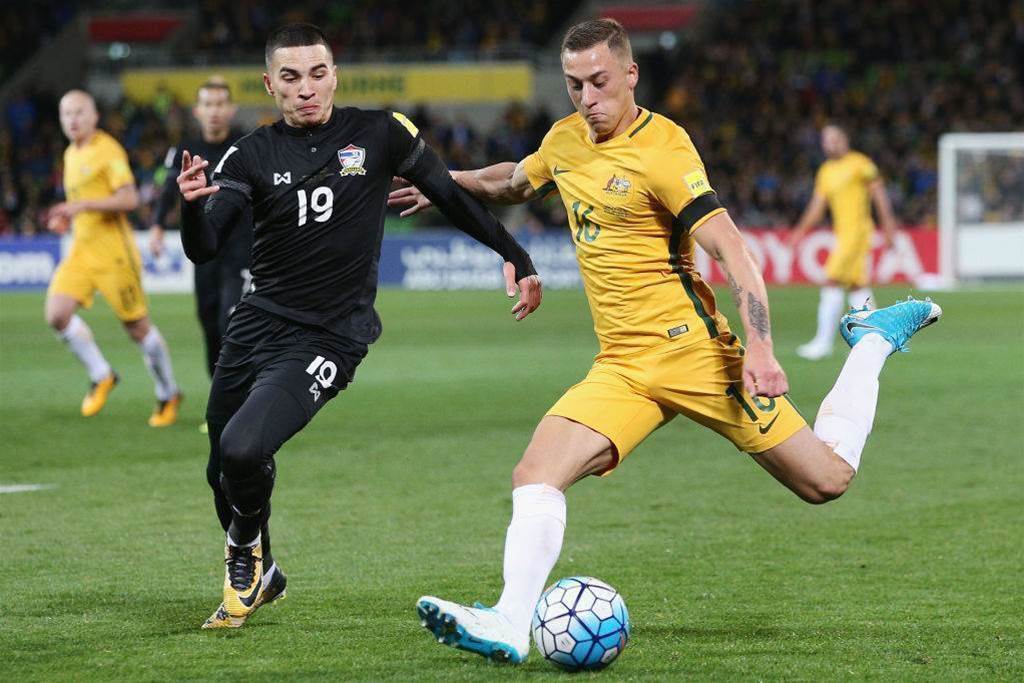 Gersbach, who could thank Arnold for his first opportunity in professional football and had previously impressed the Australian coach so greatly, could not even earn a brief substitute cameo in Asia’s showpiece.

To be fair, he was one of a number who Arnold had overlooked in favour of an underperforming starting XI.

It showed incredible resilience and desire for Gersbach to slot so effortlessly into a relegation-stricken Eredivisie club after missing the World Cup and the turmoils of the past two campaigns.

To be once again so close, yet so far from a return to the Socceroos fold could have been devastating. Gersbach now returns to an Eredivisie club one day away from relegation, stone-dead last in an 18-team league, five points adrift with two matches remaining.

He was rushed back into the fold for a 90-minute performance in a 4-0 thrashing from Feyenoord and, due to a seemingly wasted month sitting on the sidelines in the United Arab Emirates, has barely had an opportunity to impress a European scout.

Should he drop to Eerste Divisie, it's hugely unlikely he could earn a recall back into the Socceroos under a coach that seems incomprehensively distant. But the other option seems stark – a fourth European move in three years, another uncertain position and another season in flux.

At least he has the experience for it.