The Italian has signed a three-year contract with the Spanish giants after leaving Paris Saint-Germain, and was officially presented to the media at the Bernabeu on Wednesday.

And, though he stopped short of declaring his desire to retire at Real, the 54-year-old is planning a lengthy stay.

"I love football and that's why Real Madrid is a dream for me and today that dream is coming true," he said.

"I don't think Real Madrid will be the end of my career but my hope is that I will be here a long time."

The former Milan and Chelsea coach also took the diplomatic route when asked to compare himself to his controversial predecessor Jose Mourinho.

"I have a different character (to Mourinho) but I have total respect for him," he added.

"I don't think it's possible to compare Mourinho and me. I am focusing on my work and the president will decide if it has been good or bad."

Real president Florentino Perez had earlier declared that Ancelotti's target is to win the UEFA Champions League, and the new boss insisted he is not intimidated by the size of the task.

"It's a great goal for the club, for everyone," Ancelotti continued. "I have the ambition, the responsibility for that. It is a huge motivation.

"I don't think here the pressure here is any greater than other clubs. It's part of the coach's work. The problem is to deal with it but it's normal." 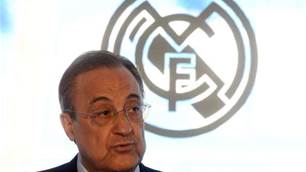