Retiring Western Sydney Wanderers star Mark Bridge had some parting words of wisdom for the club after it fell to a 1-0 loss in its last home game of the regular season.

Bridge came onto the pitch just before the hour to a rousing reception at ANZ Stadium but there was no fairytale ending for the AFC Champions League winner.

A sublime header from Ola Toivonen secured Melbourne Victory the three points and condemned Wanderers to their 15th defeat of the season.

The ball from Tommy, pinpoint from Ola 😍 #MVFC #OurVictory pic.twitter.com/TnMhQQN4CU

For Markus Babbel's men it meant no finals football for the second straight year and Bridge warned the new home ground at Parramatta was not enough to turn their fortunes around.

Flanked by his wife and two boys (and another on the way) the 33-year-old told Fox Sports it was time “to get back to what the identity of the club is – hardworking grit”.

“I think we’ve lost that at the moment.

“Look it might be different after a full season with Markus' own players but we need to find our own identity quick because a new stadium, new training facilities, isn’t going to be the fix.” 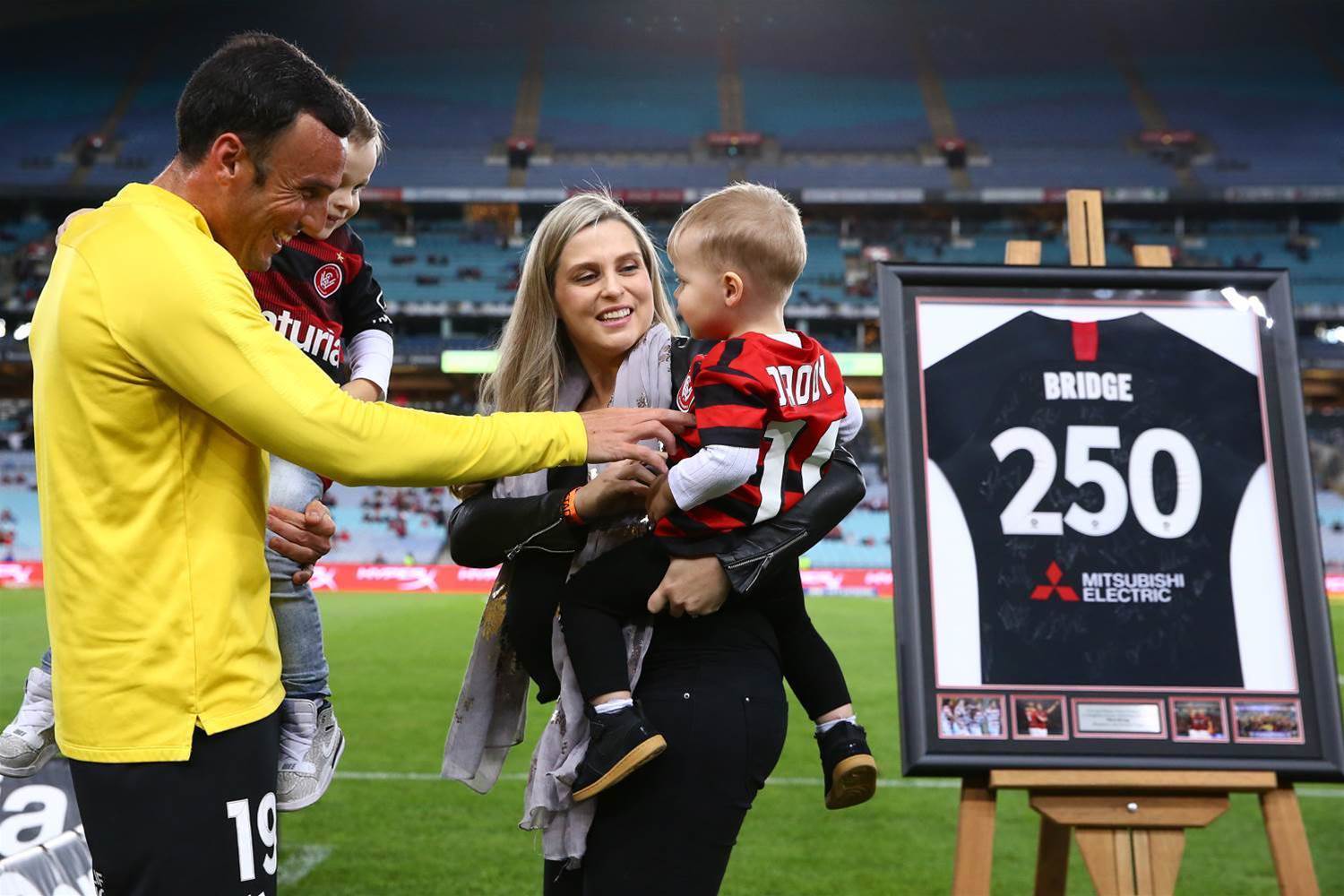 Bridge, who scored the club’s first goal, first hat-trick, holds the club record for the most games played and is currently Wanderers all-time second highest goal scorer (37), will play NPL 2 football next year.

Despite scoring crucial Grand Final goals for other clubs – Newcastle Jets and Sydney FC – he credits Wanderers for teaching him what it means to be a professional.

“You try and tell the young boys now but until you really experience it as you grow up I mean that’s when it improves,” he said.

Bridge was excited about the prospect of his own sons one day wearing the Red and Black but for himself there were no second thoughts.

“I’m content with my decision and it’s definitely time,” he said.