After leaving Newcastle for Western Sydney Wanderers, Carl Robinson is confident he can propel "the biggest club in Australia" back up the A-League table.

Newly-appointed Western Sydney Wanderers coach Carl Robinson is confident he can return the club to the top of the A-League while also bringing through young talent.

On Thursday, former Newcastle boss Robinson was unveiled as the man tasked with leading the Wanderers out of the doldrums, signing a three-year contract.

With a reduced salary cap for the next season, clubs will rely heavily on local and young academy players - something Robinson was confident he could juggle with pushing for immediate results.

"They don't sometimes (go hand in hand), no, but that's my job and that's why I'm accountable for it and I will be and I'll take responsibility for that," Robinson said on Thursday.

"We haven't reached the play-offs in the last three years, which we know ... I'm joining a club (where) we think not just top six, we want top four, top two - we want to win championships ... I like that pressure."

Robinson replaced Ernie Merrick at Newcastle in February and quickly turned their form around, leading the Jets to six wins and three draws from 10 games.

The former Wales international coached MLS side Vancouver Whitecaps from 2013 to 2018.

Robinson was part way through a three-and-a-half-year deal at Newcastle but had a clause in his contract where the Jets had to notify him if they received any approaches.

The Wanderers received permission from Newcastle to approach the 44-year-old Robinson on Wednesday - two days after the Sydney club sacked Jean-Paul de Marigny.

Uncertainty around the Jets' ownership and financial situation - chairman Martin Lee is keen to sell - had contributed to Robinson looking elsewhere.

"But I'm joining the biggest club in Australia and when you get that opportunity and that comes calling, you don't say no."

He said the club had been "inundated" with applications for the head coach role but wouldn't decide on Robinson's replacement until new ownership had been ticked off by FFA, with current staff to take the reins early in pre-season.

McKinna said there was "more than one interested buyer" and the Jets were working with FFA to get a sale over the line.

"The new owner would be in very soon - FFA are very keen to make that happen," he said. 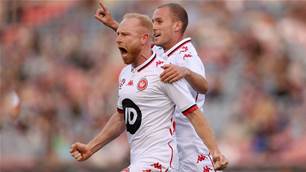 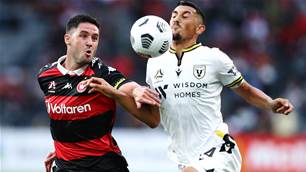