Jack Rodwell is in line to become Mark Rudan's A-League captain at the Western Sydney Wanderers after an impressive showing against Perth.

New Western Sydney boss Mark Rudan says he will consider making Jack Rodwell the captain for the remainder of the A-League Men season.

Rudan guided the Wanderers to a 1-0 win over Perth Glory on Wednesday after taking over as Carl Robinson's replacement on Monday.

The new manager's first move was to hand Rodwell the armband at the expense of Israeli striker Tomer Hemed, who was substituted in the second half, and the England international midfielder instantly repaid the faith with a first-half goal.

Robinson's last move was to make Hemed captain after Rhys Williams was ruled out for the next three months with a hamstring injury.

Asked if Rodwell would be the permanent replacement for Williams, Rudan said: "Let's see, I think he's a wonderful character in the short time I've got to know him.

"His CV speaks for itself but his attitude is fantastic. He embodies a lot of the values I speak about.

"I thought he was superb tonight, not just the goal but in the 88th minute he's closing down, he's harassing and putting his body on the line. So many of them did that.

"It's just the start and it's easy to do it once - the real challenge is to do it day in and day out."

Rodwell played in the pocket behind Hemed and his late runs and passes for teammates could have yielded a few more goals for the Wanderers had they finished better.

While that role seems to have brought the best out of Rodwell, the three-cap international has the ability to play deeper in midfield or even in defence with the latter being an option Rudan said he would consider.

"Centre back is one thing I'm thinking about because we're short there," he said.

"I'm big on embracing good behaviours and traits in players. I'm still trying to figure all of that out in terms of what the positives are in each individual.

"I thought tonight he was best served in that role (behind Hemed). He was rewarded with a goal but his effort was brilliant."

Rudan had only taken the Wanderers for two training sessions but said he would actively look to add new bodies before the transfer window closes next week.

"Yes, we're looking to improve and I'm already onto it," he said. 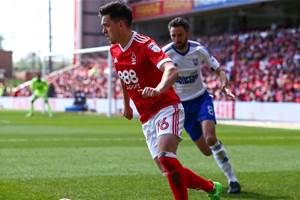 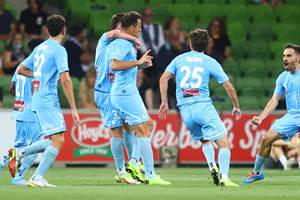 COVID-19 continues to create chaos in the A-League Men's regular season schedule, with the league now playing catch up while still postponing matches.