Two-time Ballon d'Or winner Ronaldinho is reportedly set to head down under for a guest stint with former NSL powerhouse Wollongong Wolves in the FFA Cup.

Outside90 reports that as soon as tomorrow the silky skilled Brazilian, who boasts Paris St. Germain, AC Milan and Barcelona on his playing CV, could be announced as a guest player for the upcoming clash with A-League side Sydney FC.

Dean Merola, director at Wollongong Wolves, confirmed that the club had indeed put a bid in for the superstar and perhaps more excitingly, that he was looking to secure a marquee position at an A-League club.

“We can confirm we’ve put in an offer,” Mendola told Outside90.

“We know he is interested in coming to the A-League as a marquee.”

“We are willing to put him on a platform to show his wares and deadline for a response is tomorrow.”

Hume City had previously tried to sign Ronaldinho last year in October among a spate of other potential marquee signings. 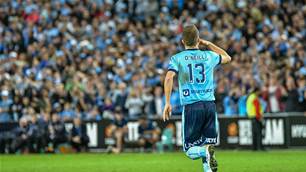