He may be just two games into his tenure but Western Sydney coach Mark Rudan wants the hallmark of his time at the A-League Men's club to be about rising to meet challenges head on.

And challenges don't come much tougher than finding a way to deny Melbourne City's in-form and multi-pronged attacking unit.

The ALM defending champions head to Commbank Stadium for Friday's clash with the Wanderers on the back of a thrilling 4-2 win over Newcastle on Tuesday.

A double by Jamie Maclaren and fellow Socceroo Mathew Leckie's first goal for City highlighted the attacking options at the club's disposal as they climbed to second on the ladder.

Having overseen a 1-0 win and a 1-0 defeat in his two matches in charge since filling Carl Robinson's vacancy at the Wanderers, Rudan is in no doubt about the task ahead of his ninth-placed team as they aim to snap a six match run without a win over City.

"One thing that I will make sure of while I'm here is that the bigger the challenge, the bigger the responsibility and the more enjoyable that challenge becomes. Embrace it," Rudan said.

"We're coming up against a very good side that's going to be well respected as far as we're concerned."

The last time these two teams met produced a six-goal thriller at AAMI Park in January when the Wanderers jumped out to a 2-0 lead inside 10 minutes before having to settle for a 3-3 draw after a City comeback.

Midfielder Keanu Baccus said that game showed not only how well the Wanderers can play, but also provided some important lessons about maintaining that performance level.

"We're pretty familiar with their threats and their weaknesses," Baccus said.

"We'll do the same, we'll look to start the same as we did that game, and then we'll do better in defence and not let them in and stop their threats.

"Hopefully win the game that way."

City will again be without coach Patrick Kisnorbo on the touchline due to COVID-19, with assistant Petr Kratky to take charge as he did against the Jets. 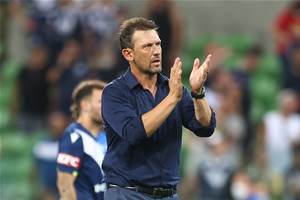 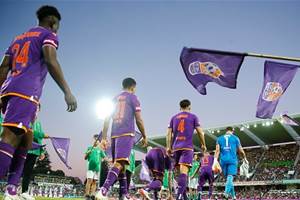