A-League new boys Western United are a team primed for their finals debut despite a low-key finish to their regular season campaign.

Western United coach Mark Rudan believes his side still have momentum for their maiden A-League finals series despite an understrength side slipping to a 3-1 defeat against Melbourne City.

The league's new boys ended their maiden season in fifth and will face fourth-placed Brisbane Roar on Sunday in what will be their fifth match in just 16 days.

Western United coach Mark Rudan fielded a side that was barely recognisable from the one that scored a memorable 2-1 win over Sydney FC on Saturday.

"We are a team in form, and you can disregard tonight," said Rudan.

"Players are intelligent, they understand what this game was about and that the full focus is on Sunday.

"We are in a very good place, and the most important thing was there was no injuries and we gave (younger) players minutes.

"The boys are excited and they can't want to play finals football. They are really champing at the bit.

"We are in a very good place. We won't change too much about how we play regardless of the opponent."

Western United are looking to become the first club to win the league in their debut season since the A-League started in 2005.

They have been one of the league's form teams winning four of their five matches ahead of Wednesday's regular-season finale.

That run of form pushed Western from finals challengers into within touching distance of third place.

"One of our goals this year was to play finals football, and it probably didn't look like it was going to happen at times," Rudan said.

"But we are in form at the right time and we are at full strength.

"It will be our first finals game but we have big-game players that have been there and done that." 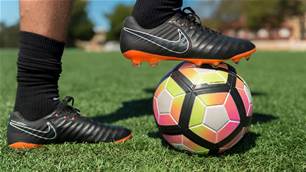