The 2018 World Cup began with hosts Russia dismantling a poor Saudi Arabian side.

The greatest show on earth has just begun.

Hosts Russia dominated the scoreline, despite possession belonging in favour of Saudi Arabia whom found their poor mistakes cost them.

Despite pre-tournament fears of Russia’s lack of quality going in to the tournament (and of a dull opener), a 5-0 win to start off their campaign will do a lot to allay such worries.

The hosts were rarely tested by their opposition throughout the ninety minutes, as Saudi Arabia succumbed largely to the incessant high pressure of the Russians.

Russia’s Aleksandr Golovin, 22, is no doubt key to his side’s chances of getting out of the group, acting as the focal point while driving much of his side’s forward play. Two assists and a deserved free kick was the showing of a truly class talent.

Despite losing midfield creative spark Alan Dzaegov to an untimely injury, his replacement, Denis Cheryshev of Villarreal, more than made up for their side’s loss, notching a quality brace.

Here are our player ratings

Untested by the Saudi attack, mainly due to the efforts of his defence. 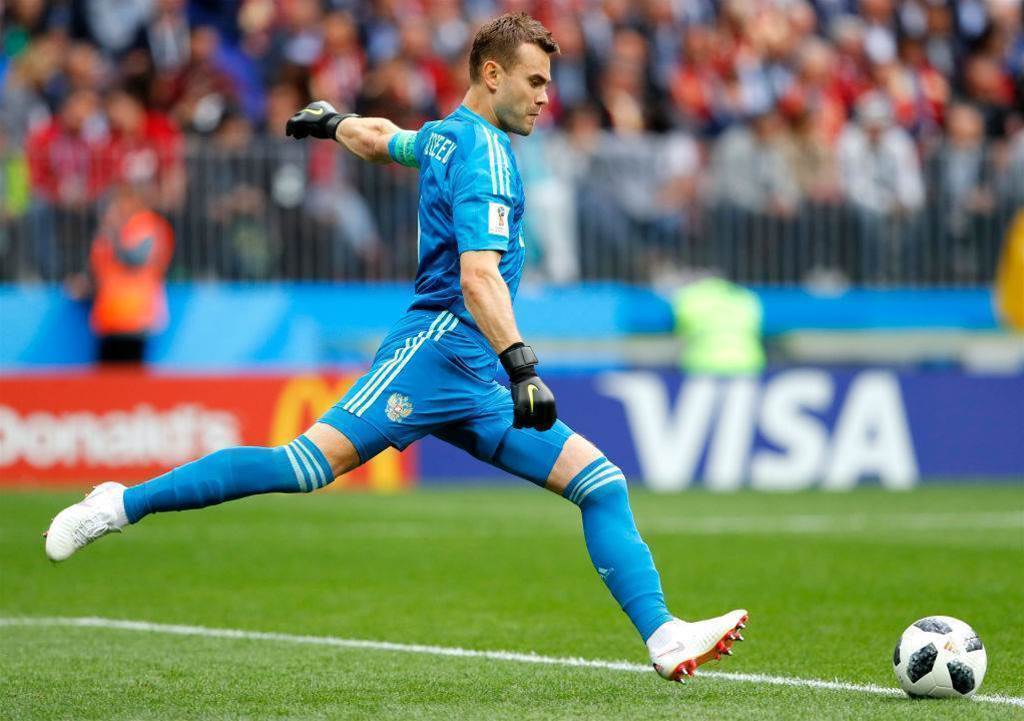 A one-time man for Brazil in 2014, now a Russian international, Fernandes exhibited the flair of his roots at times throughout the match to push his side forward.

Had little to do due to the presence of central defensive partner, whom raised Kutepov’s quality.

Being the ripe old age of 38 did not hurt his side, as he contended with the physicality of the Saudi side well throughout the contest.

Composed throughout and linked up especially well with Golovin down their shared flank, although he was inconsistent in his crossing.