Mat Ryan had a rare outing for Arsenal and shone in their win over Newcastle while Gareth Bale hit a dazzling hat-trick in Spurs' 4-0 win over Sheffield United.

Gareth Bale has scored a stunning hat-trick as Tottenham have kept themselves in the Champions League qualification race with a 4-0 win over Sheffield United.

Spurs' north London rivals Arsenal also enjoyed a successful Sunday in the Premier League with Australia goalkeeper Mat Ryan earning a rare outing and performing with aplomb in their 2-0 win at Newcastle.

In the late game, Bale claimed his first Spurs treble since 2012 with a trio of brilliant finishes to move his side into fifth, five points off Chelsea with four games left to play.

Son Heung-min also scored a fine goal as Ryan Mason's men ran riot against a Blades side whose relegation fate has already been sealed.

Bale was unplayable and took his Premier League tally to eight goals in the last eight games, but with that must come a sense of what might have been this season. 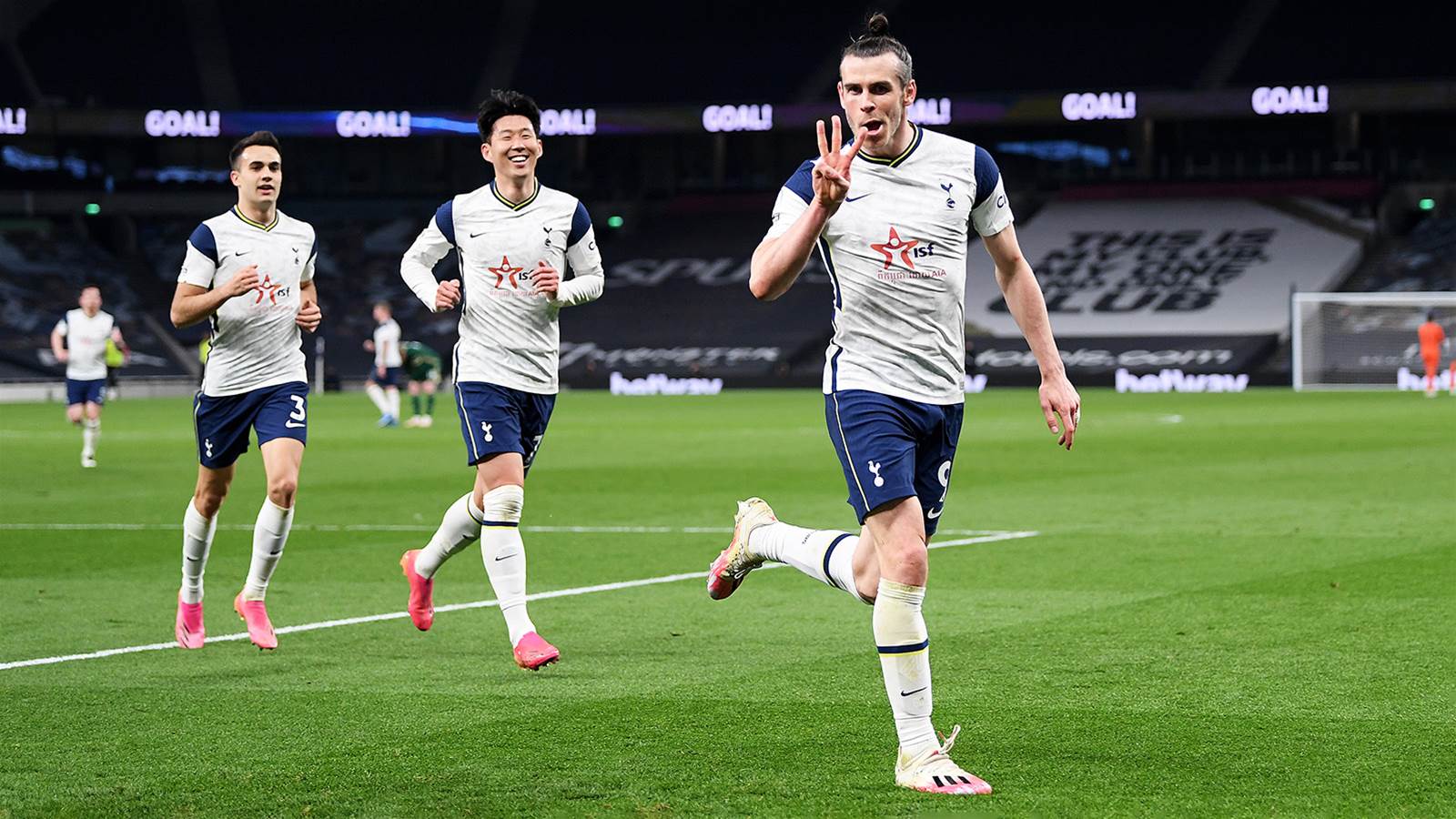 Bale was alarmingly under-used by Jose Mourinho, even when he had regained peak condition, and playing with freedom in a front four with Harry Kane, Son and Dele Alli, Spurs were a constant threat - a far cry from the pragmatic style the former boss employed.

Their on-loan keeper Ryan, brought in to replace the rested Bernd Leno in a much-changed side as Arsenal looked towards their Europa League second leg against Villarreal, had another very solid afternoon.

Tipping over a deflected effort from Allan Saint-Maximin was probably his best moment as the clamour grows from Arsenal fans, who hope the club will give him a permanent deal for next season.

Aubameyang showed superb athleticism to volley home a left-wing cross inside the six-yard box in the 66th minute as the Gabon star made his first start since recovering from malaria.

'Still a lot of the season left...' - Gunners' Ryan hasn't given up

'I loved being out there...' - Socceroo Ryan shines in Arsenal debut