Promotion and relegation on the table from day one of the proposed second division – tentatively dubbed The Championship by its proponents – could make the league more popular with fans than the A-League, say its backers.

Day one would be some time in 2021, which means the excitement and drama of a relegation scrap down to the NPL followed by a promotion playoff could be witnessed by Australian fans as early as 2022.

At this point, with no promotion and relegation planned between the A-League and the Championship, some say the second division could steal a march on the A-League in the minds and hearts of Australia’s football fans desperate for a new and exciting element.

With a White Paper on a second division currently being worked on and set to be unveiled any day now, various models are being refined.

“Promotion and relegation from the Championship to the third-tier of our game, the NPL, is definitely on the cards,” Rabieh Krayem, one of the Championship’s backers, told FTBL last month.

One of the more successful NPL coaches in Australia is Olympic Brisbane FC’s Ben Cahn. Like many in the second tier, he is watching on with interest.

The respected former Central Coast Mariners youth team coach says the prospect of promotion from the NPL to the Championship will drive standards up in the second tier, though there may be consequences for some when a free-market approach is given free rein.

“Having been in the A-League the NPL leagues across the country are seen as a bit part player, sub-standard and badly administered badly run competition,” he tells FTBL.

“But having been in the NPL, with Olympic for a year and a half, it’s the opposite. And many at all levels are doing some really good things across the NPLs.

“If the capital and investment are there, there are many who can make a success of it.

“That said promotion and relegation to and from the NPL has the potential to divide the current NPL teams into those who are ambitious and well-backed and those that aren’t.

“It may create a bigger gap, though that’s what you get with a rewards-based pyramid. 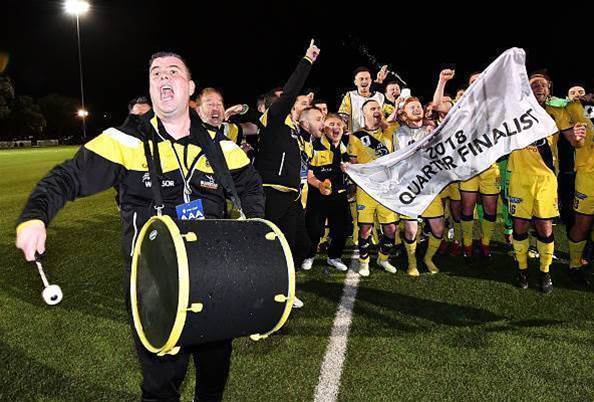 “The better more ambitious generally rise to the top, while some others tend to struggle - which wouldn’t be too different to any football pyramid around the world.

“And the other interesting point is, let’s say it was a success and in a few years it’s an open system and clubs are becoming really ambitious and every game means something, and there are promotion and relegation games, I think the crowds and interest in the NPL would increase.

“But it would pose an interesting question for the A-League clubs.

“All of a sudden there’d be a lot of interest in the emotion and excitement that surrounds promotion and relegation.

“And the A-League would be out there on its own with no pathway into it.

“If they didn’t open up to promotion and relegation to the A-League, then it might isolate the A-League.

“The Championship may become the main division of football with all the accompanying excitement to and from the NPL.