“Just the fact of having a proper pathway and pyramid [with promotion and relegation open in each tier] it keeps everybody honest and drives the standards up.

“It may put the necessary pressure on the A-League to really move quickly and open up the whole pyramid - if promotion and relegation from NPL to Championship was a success of course.”

Could the very fact that there is promotion and relegation mean the second tier overtakes the A-League in the hearts of fans?

That said, how promotion and relegation would work remains a problematic work in progress, hindered by timings.

The White Paper is set to flesh out a number of options around promotion and relegation.

Currently, there is an annual FFA-run NPL Finals Series in September. Featuring the winners of each state NPL in Australia, it crowns Australia’s champion NPL club.

As a reward, the winner is given free entry into the FFA Cup Round of 32 the following year. The current champion is Campbelltown City from South Australia’s NPL.

This tournament could double as the mechanism for choosing an NPL side to face the last-placed Championship club.

However, timings may be problematic given the Championship is slated to kick off around the same time as the A-League in October.

If there was a play-off - and it was won by the NPL club - there would be virtually no time to prepare for the new Championship season given the requirements to move from semi-pro to full-time clubs.

And for any A-League club in a promotion and relegation dogfight, memberships and advertising for that season would have already been sold.

A cleaner solution may be to play the Championship in winter with any NPL national winner in September qualifying for the new season the following March.

Furthermore, any successful NPL club would, presumably, need to pass certain benchmark criteria such as suitability for broadcast at home venues, and capital investment for full-time players and staffing. 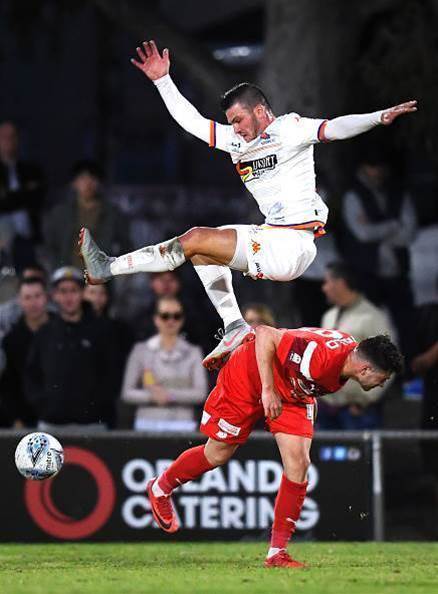 There is a lot of work to be done in the meantime. The paper outlines some of the key planks of how a second division would work and is based on feedback from recent meetings with the FFA, clubs and the New Leagues Working Group (NLWG).

But one thing is for sure: the A-League needs an injection of excitement, says Cahn, who hopes the push from below is what is needed.

“A lot of people, I think, have lost interest in the A-League. A league where 60% of the teams make the Finals Series,” added Cahn.