The Scottish Football League will merge with the Scottish Premier League after SFL sides voted in favour of the proposal.

A new Scottish Professional Football League will be created before the start of the 2013-14 season, ending the possibility of Scottish Division One clubs forming a breakaway league.

Key components of the merger will see the league structure remain with 12 teams in the top-flight, and three subsequent divisions of 10 sides.
Additionally, a new financial structure will be implemented, which will see extra funding provided to teams in the second tier.
SPL clubs had previously given their support to the merger with a unanimous vote, after plans for a 12-12-18 league structure proposed in April were shelved after failing to gain an 11-1 vote from top-flight sides.
While some clubs in the SFL were against the merger, the minimum 22 votes were secured as 23 of the 29 sides backed the plan. Rangers were excluded from the ballot as they are still an associate member after joining before the start of the season.
All 42 clubs will now meet before the start of the 2013-14 campaign to formalise the proposals.
"I feel there were some reluctant heroes today," SFL chief executive David Longmuir said.
"We have always embraced the big principles but once you go behind the big principles like governance, distribution and one league body, there were areas of major concerns.
"But nevertheless a lot of them have seen it for the good of the game and we all accept that Scottish football is better governed under one roof.
"On 27 June there will be a formalised completion of the process and the first board meeting of the new organisation - the SPFL - will take place that day and at that point a board will be appointed."
SFL president Jim Ballantyne was saddened by the end of his organisation but conceded there was no alternative.
"We are joining their company, their organisation," he commented.
"We could use nice words about it, but it is a takeover.
"It is very sad that the Scottish Football League has had to be a casualty but unfortunately we were left with one option.
"Did I want to see the end of the Scottish Football League? Absolutely not. Did I want to see football strive forward? Then yes. It will be for others to decide if this step takes us to where we want to go."
SPL chief executive Neil Doncaster believes the news is beneficial for the future of Scottish football.
"This is fantastic news for the Scottish game, and should deliver the positive change, with a 42-club solution that clubs and supporters have asked for," he said.
"The hard work starts now to formalise all elements of the new Scottish Professional Football League for the 2013-14 season kicking off."

Lyndon Dykes: If I had a choice, I'm choosing... 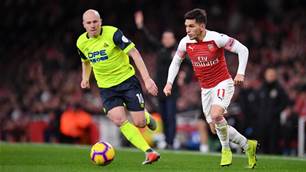 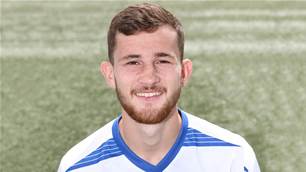 Versatile Aussie out for Premiership place