Socceroo Harry Souttar ruptured his ACL during Australia's 2022 World Cup qualifier against Saudi Arabia last week.  His club Stoke City have now confirmed that the defender will require surgery and will miss the remainder of this 2021-22 Championship season whilst recovering.

Full updates on Souttar's ongoing process can be found through his club Stoke City's website.

Souttar's head coach Michael O'Neill described his player's injury as a 'devastating' blow to the team when speaking with the Stoke Sentinel.

"It was really bad news, devastating news, when we found out that Harry had suffered a bad injury," the manager said.

"At that time, we didn't know the full extent of the injury until the scan, but we feared the worst from obviously the information which had been given to us by the Australian FA medical team as well.

"So we saw him here Monday. He's been reviewed by our own medical team and been to see a specialist and, obviously, it's an ACL injury and requires surgery.

"It's a huge blow for us as a team and it's a big blow for Harry. But it's part of the game, unfortunately. And it's not something that he won't come back from. But obviously, it happens at a critical point in our season as well."

Stoke City are currently ranked sixth in the Championship, occupying a Championship play-off position.  They have accrued 28 points in 17 games. Souttar had started all but one of these regular season matches this year.

Prior to his injury the defender was having an incredible run of form, impressive enough to attract the attention of a number of Premier League clubs.  Everton, Aston Villa, Brighton and Hove Albion and Tottenham Hotspurs were all linked with the Socceroo for a possible transfer in the January window.

The Scottish Sun reported that Stoke City had put a £20 million price tag for the services of the young Australian. This injury has arguably put an end to any Premier League transfer in the near future.

At 23-years of age Souttar is still very young though and has the backing of his club.  The defender signed a long term contract with the Potters last February which runs until the end of the 2024-25 season.

His club have ensured that the is in good hands for the first step of his recovery.  Souttar has returned to the England to undergo surgery in London with the same surgeon who operated on Liverpool FC's Virgil van Dijk's ACL last season.  The Reds defender has since made a full return to play.

"He will get the best care. Look, I'm not an expert on who the surgeons have seen previously in the past, but I know that medically, you know, David White is head of medicine here and has made sure that he is going to be extremely well looked after," O'Neill told the Sentinel.

"I know he went to London on Tuesday and I think he's scheduled to have the operation probably just before the end of November. They just probably want to let the knee settle down a little bit before they go into operate. Then he's got a long rehabilitation process ahead of him."

On average football players normally requires eight to nine months of rehabilitation before returning to play. Timescales can vary though depending on the individual and the severity of the injury.

Should Souttar recover in the average period he would be available for selection for the 2022 FIFA World Cup which is scheduled to start on November 21, 2021, assuming the Socceroos qualify.

At present the Australians are ranked third in group B of the AFC third round of World Cup Qualifying.   They still have four matches left in this round, with third round qualification coming to a conclusion in March 2022.

A first and second placed finish in the group would ensure automatic qualification whilst a third placed finish would require the Socceroos to pass through a fourth round in order to secure a place in Qatar. 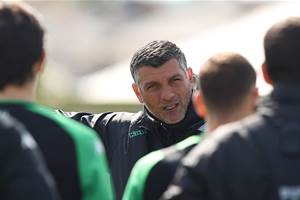 The full Socceroos qualification schedule can be found using this link.