Young Socceroo John Iredale has left Dutch side SC Heerenveen and is on the hunt for a new club.

Nineteen-year-old Iredale was selected for a Socceroos training camp in Turkey last year and came through the youth ranks at Sydney FC.

He joined SC Heerenveen in 2017 and starred for the club’s Under-19s and Under-21s. But in December Iredale broke a bone in his right foot, which sidelined him for five months.

With his now contract up at De Superfriezen, the striker is searching for a new European home.

“I’ll definitely moving out of Holland,” he told FTBL. "We are currently looking into Belgium, but really anywhere in Europe is still on the table."

Iredale said he has recovered fully from his foot injury and is raring to get going.

"The injury has completely heeled,” he said.

"I will just need to build up a bit more cardio, luckily that’s what pre-seasons are for. Getting injured came at a really bad time for me, but I can only take away positives from the injury and last season.

"The injury allowed me to learn so much about my own body and improve my mental toughness in tough situations. I was about to work on things that I wouldn’t be able to if I was still training everyday and I’m proud to say my body’s in the best shape of my life."

The forward is hopeful of winning a place in the Olyroos squad in the upcoming qualifiers after a chat with Socceroos boss Graham Arnold.

"My motivation to start playing again is through the roof," Iredale said.

"The possibility of getting a Socceroos call-up is huge and I believe in myself, that if I can be playing well regularly in a good competition then there’s no doubt I’ll get a look in at some stage.

"I’ve had a nice chat with Arnie recently about my club situation, which is positive. I’m also keen to find a club and start playing regularly for a chance to picked in the Olyroos squad for the Olympic qualifiers.

"I was disappointed I missed that chance earlier this year through injury. So to get the chance to qualify for the Olympics is something you can only dream of as a young boy." 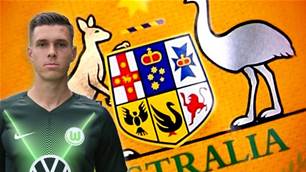 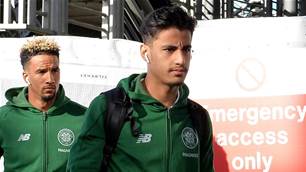