Ange Postecoglou and Celtic got much needed respite, but it was a tough day in the office for our Socceroos and Aussies in the Scottish Premier League.

Ange Postecoglou and Celtic made some headway but other Socceroos and Aussies weren't as lucky as the Scottish Premiership has continued to entertain this weekend, with a series of results that have left the top six teams currently separated by only six points and Scottish-based Australians seeing mixed fortunes.

Several Australians and Socceroos are currently contracted to Scottish teams and had mixed fortunes this past matchday.  One Australian who had a good day was Celtic FC Head Coach Ange Postecoglou who has started to see his team's fortunes turn around.

Celtic FC had had a difficult start to their 2021-22 season.  A new head coach in Postecoglou, major turnover in the offseason, a series of player injuries and difficulties winning away from home had seen them miss out of UEFA Champions League qualification, lose their first two Europa League matches and fall to sixth in the Premiership entering this matchday 9.

The Glaswegian club were playing away from home at Motherwell and their dominant performance resulted in their second consecutive away win.   The match included Socceroo Tom Rogić in Celtic FC's starting lineup.

Rogić provided an assist on the first goal when he supplied a beautifully weighted pass to João Filipe who put it in to make it 1-0 for Celtic.  David Turnbull's long range efforts made it two for the visitors who ultimately won the game by a scoreline of 2-0.

Speaking after the match Postecoglou said sarcastically to the press when asked about the club's newly improved Scottish Premiership position:

"I thought the Premiership race was over mate.  So I don't bother looking at the table anymore, just kinda doing our own thing.

He then added: "I think what is more importance to us is that you know we get some belief out of today.

"It is one thing to get a victory here (Motherwell) but I thought to control the game here like we did today should give the boys some real belief and confidence going forward.

"We have some big games starting Tuesday so I think that is the main thing for us.

"We just have to keep our heads down and run our own race.  When you do that you keep improving.

"We will see where you end up."

The win saw Celtic rise from sixth in the ladder to fourth.  They now have 16 points and are presently 4 points away from Premiership leaders Rangers FC.

Rangers dropped points for the third time this season with a draw at home against Hearts.  The game saw Olyroo Cameron Devlin play the full ninety minutes in Heart's midfield.  Rangers opened the scoring in the 40th minute and held their lead for nearly the entirety of the game.

Devlin nearly got an equalizer with a long range effort in the second half but his shot was stopped by the Ranger's keeper. Hearts were able to get an equalizer in the 90th minute of play when an unmarked Craig Halkett put in a deflected ball coming off a corner.  They are second in the ladder.

Martin Boyle's Hibernian lost for the second matchday in a row.  They fell 3-0 to Dundee United and tumbled from second in the league to sixth place.  Boyle remains top of the Premiership's top scorers board, tied with Hearts' Liam Boyce.

Ashley Maynard-Brewer's Ross County faced Matthew Millar's St. Mirren.  Both men played the full ninety minutes.  St. Mirren was able to get three past Maynard-Brewer and come away with the three points in the 3-2 win.  Ross County are bottom of the ladder while St. Mirren rose to seventh.

The Scottish Premiership resumes next weekend with all games but the St. Mirren versus Rangers FC match being played on Saturday, October 23, 2021.

In the interim, Celtic FC have a mid-week Europa League matchday 3 group stage game against Hungarian side Ferencvaros.  Celtic are currently last in Group G having lost away to Real Betis and at home to Leverkusen.

Postecoglou addressed  the importance of getting a win against Ferencvaros to Celtic TV:

"We have to win that game.  We want to keep our hopes alive in the Europa then that is the game we have to win.

"There is no reason why we cannot tackle it in the same manner.  We just have to go in there with full belief and confidence as we are at home.

"I am looking forward to the game." 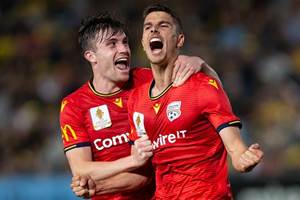 A number of Round of 32 FFA Cup games that had been postponed due to the COVID-19 restrictions have been rescheduled in November. A-League Play-Off games are still postponed. 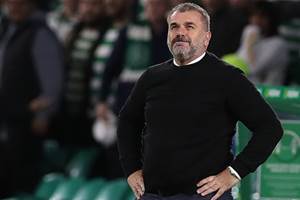