Just hours after Toivonen confirmed he was having thoughts of making a return to his native Sweden when his contract concluded at the end of the 2019/20 season, a report from The Age revealed that the 33-year-old had emerged as a key target of the A-League’s soon to be 12th side.

Set to enter the league in 2020/21, Macarthur have been able to approach off-contract A-League players about becoming part of the Bulls inaugural squad since December 1.

Though losing an off-contract superstar to an A-League rival wouldn’t be unprecedented in Victory history, the loss of their captain after he previously hinted he wanted to return home to Europe would be a significant blow to the team’s prestige.

Arriving in Melbourne ahead of the 2018/19 season after departing French side Toulouse, Toivonen scored 15 goals in 22 league appearances in his first season with the four-time A-League champions and already has five to his name in 2019/20.

His 0.667 goals per game ratio are fifth all-time among players with a minimum of 10 A-League appearances.

Previous reports have already stated that expansion club Macarthur has approached Sydney FC superstar Miloš Ninković about making the jump across from Sydney FC next season – which the Harboursiders allegedly believe took place prior to December’s opening day. 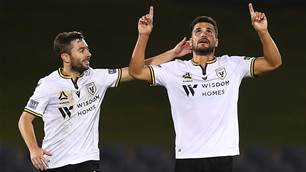 'We're a decent side...' - Bulls still on finals charge 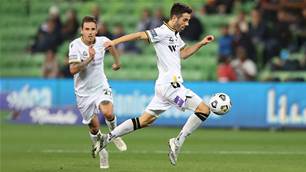