Sydney Football Stadium's roof has started completion.  The 32 diagram section, weighing up to 22 tonnes each, have started to be lifted into place on the norther and southern stands.  Once the diagram forms are complete, the roof fabric will then be placed on top.

The addition of the roof comes after all the steel rakers and concrete seating plats were finished being installed.  The next phase, after the completion of the roof, will be the internal fit outs. The outside tower cranes should then be removed over the next six months.

"2020 was very much about all the pilings and the work underground," said Townsend.

"By November (2021) the facade of the stadium will be complete.  For all intents and purposes as you drive pass it will look like it is complete.

"2022 will see largely all the work focused on the fit out internally."

Townsend added: "We will be the first team that will kick off its regular season there in October of next year and complete its first full season (2022-23)."

The new milestone comes two weeks after the announcement of a new underground carpark with a 1500 vehicle for the new stadium.  Parking will move to the underground facility from the current grass space next to Kippax Lake.  Green open areas and a children's play area will be also created.

Once completed, the new stadium will have a 42,500 seating capacity, all under cover.  While it is currently known as the Sydney Football Stadium, the venue will be shared by the New South Wales Waratahs, Sydney FC and the Sydney Roosters.

It is also one of the venues to be used for the 2023 FIFA Women's World Cup and a regional venue for the 2032 Brisbane Summer Olympics. 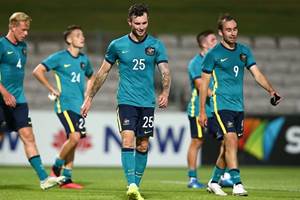 A full description of the construction project can be found using this link.