STEVE O'Connor said Sydney's youngsters had worked hard for their grand final triumph without producing their very best on the day.

The Moore Park youngsters triumphed 2-0 against Adelaide United at Hindmarsh Stadium to complete a double - having already finished top of the tree in the regular season.

"They (the players) are elated; they've worked hard all year. It was a decent game, they are a difficult team to play against. It was a tough contest - by no means was it an easy 2-0 that's for sure."

"It was a great win.  The boys had talked about it before, we couldn't lose our focus," said Ibrahim Haydar, who opened the scoring for Sydney in the first half of the Hindmarsh Stadium clash.  "We had led throughout the season and we knew that it would all mean nothing, we had to win."

"We were very confident.  The boys have worked hard all year and it finally paid off for us," said fellow goal-scorer, Mileski.

Adelaide United coach Joe Mullen said his side was beaten by the better team on the day.

He said: "I think physically they were stronger, they move the ball around a lot quicker than we did and they thoroughly deserved the win."

But the Reds coach was happy with his team's efforts.

"I'm very proud of what they (his side) have done and what they've achieved. I think we went from Round 1, or the early rounds, where they were playing almost as individuals, they didn't really know each other. What they've developed into is a wonderful football team with a good blend of ages through," said Mullen.

And while Adelaide United did not secure the Grand Final win, they still had reason to celebrate with player Francesco Monterosso named Top Goal Scorer for his 13 goals this season, and the club receiving the Fair Play Award. Meanwhile Queensland Roar's Adam Sarota was named National Youth League Player of the Year. 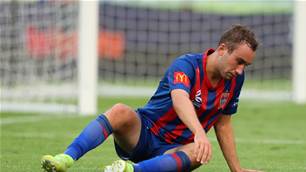 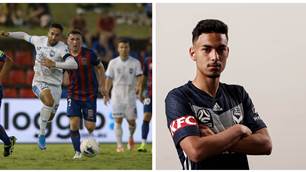