When Harrison moved to City, there were many – myself included – that wondered why there was a need to bring a young player from England when the Melbourne academy has plenty themselves.

Although those criticisms still stand, Harrison is at least doing his best to show that he’s more than just a developing player and that he actually has the potential to be something special.

After a poor start, he’s now found his feet and playing with a confidence that has only enhanced his overall game. Once he picks up the ball, he runs at defenders and looks to make things happen, especially after his second goal that was finished with two clinical touches.

If he continues performing like this, there’s no reason he can’t make an entrance to the Spurs line-up after a successful loan like now superstars and his role model Harry Kane and Dele Alli have done before him.

Ritchie De Laet is for some reason, chasing up Eric Bautheac when Brisbane have the ball near the centre of the field, far away from his usual position in the wings. De Laet tackles the Frenchmen and the ball rolls to his teammate, Luke Brattan, as De Laet now finds himself in between the strikers and the central midfielders.

Brattan drills a pass along the ground and De Laet takes one touch as he spins to get a sight on goal, with no defenders rushing at him and only Alex Lopez chasing him from behind. He takes one more touch to set his right foot up and absolutely launches a shot mercilessly.

Clearly, Jamie Young was not expecting it as he could do nothing but gaze as this ball travels past into the top left corner of the net. Even if he was predicting it, stopping it would have required palms of steel, that’s how hard the marquee player hit it.

Maybe De Laet should permanently ditch his full-back position and play as a striker? Only if his goals come exclusively in this format, though. 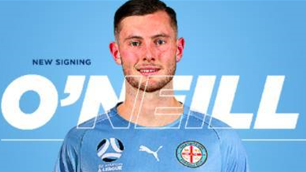 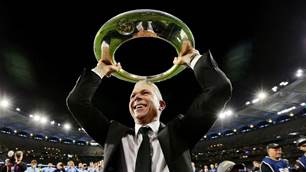