A look at the 11th week of the A-League, with Melbourne City piling on the pain for crosstown rivals Melbourne Victory.

THEY SAID IT: "It was an unacceptable 90 minutes, never mind the second half, it was humiliating," - Melbourne Victory coach Grant Brebner sums up his team's 6-0 thrashing by Melbourne City.

MAN OF THE WEEK: Jamie Maclaren. Melbourne City's spearhead had a goal ruled out, scored one and set up two more in the 6-0 mauling of crosstown rivals Victory on Saturday.

BEAT THAT: Fringe Socceroo Craig Goodwin sealed a third straight win for Adelaide in emphatic style, pinching the ball off Newcastle's Steven Ugarkovic before slamming home in the 77th minute at Coopers Stadium to secure a 2-1 win on Friday.

STAT ATTACK: Perth Glory had 22 shots to eight and 62 per cent possession but somehow wound up losing 3-0 to a ruthless Wellington in Sunday's clash at Wollongong.

TALKING POINT: Are Sydney losing their aura? The back-to-back champions are now winless in four after their 1-1 draw with Brisbane on Saturday and key players such as goalkeeper Andrew Redmayne, midfielder Luke Brattan and striker Kosta Barbarouses are far from their best at the moment.

UNDER PRESSURE: Victory coach Grant Brebner increasingly looks like a dead man walking with the once-powerhouse club hitting an all-time low in Saturday's 6-0 thumping by Melbourne City. Will he be in charge when Victory host traditional rivals Adelaide next weekend?

UP NEXT: Central Coast and Macarthur meet on Monday in an unlikely top-of-the-table clash. Sydney will look to end their winless run against Western United on Wednesday. Next weekend kicks off with Macarthur facing in-form Melbourne City on Friday, Saturday's fixture has Sydney hosting Newcastle while rock-bottom Victory play Adelaide. The action wraps up on Sunday with the Mariners hosting Perth and Western United welcoming Brisbane to Melbourne. 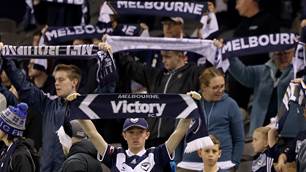 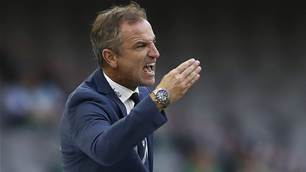 'We need to get a win!' - Embattled Victory eye Adelaide bounce-back