It is often a case of learning the most unique facts of the world in the most unlikely places. A cruise ship on the open water off the coast of NSW and Queensland was an unexpected location to inspire a piece about where football’s origins began.

During a whiskey tasting class, Gavin, half Trinidadian, half Saudi Arabian bartender on P&O Cruises’ Pacific Explorer mentioned with pride that his hometown of Sheffield holds the record of the oldest living club in football history.

Football unearths the universal desire to belong, to connect and to revel in one’s culture in a primal tribal way. Self-worth can be defined in football, even if it is something as simple as an undying loyalty to a hometown club but which can represent so much more.

There is no denying that fans on the streets of Manchester, Madrid and Munich feel a sense of elation at what their clubs achieve, as it is their investment that makes the club the household name it is. Yet, some of the oldest clubs in the world are arguably some of the smallest.

From Europe, South America and even Australia, some of the oldest clubs in the world lie buried beneath the glitz and glamour of a football leagues dominated by exorbitant transfer fees. In the divisions below the upper echelons of national league football are the clubs that are an intangible fabric in the cloth of football that covers the world over.

The oldest club in the world – Sheffield FC 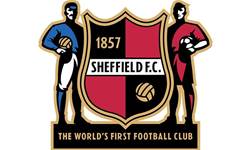 Looking beyond perennial football league members Sheffield United and Sheffield Wednesday there is a club bestowed with the title of “the oldest club in the world”, specifically, the oldest surviving club in world football; Sheffield FC.

Sheffield FC’s nickname, “The Club”, is indicative of the aura of exclusiveness it is held in as a football team. ‘The Club’ was officially recognised as being as such when it was formed on October 24, 1857, following the decision of Nathaniel Cresswick and William Priest to form a club after an informal matchup among members of the Sheffield Cricket Club. In addition, Cresswick and Priest constructed the first official set of football regulations known as the ‘Sheffield Rules’. The side and the game itself are much different today.

Currently, the side sits in Division Eight of the non-league hierarchy, but rather than investing its money in pushing the side further up to join English football’s elite, Sheffield FC have (as stated on their website) dedicated themselves to funding local and global community projects in order to “spread the true values of the game: Integrity, Respect and Community”. The side furthermore boasts a massive 12 teams on its books, from an under 14s girls side to an over 35 and ex-Sheffield players squad. A true hallmark of football history.