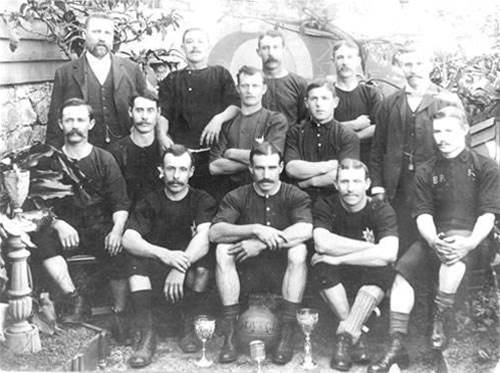 The club that holds the distinction of being the oldest club in Australia currently plies its trade in Division One of the Illawarra District League. Balgownie Rangers FC was formed in 1883. The club has maintained its status for much of its 136 year existence, with football an undeniable slow burner in the Australian sporting landscape many clubs have not lasted the lengths of sides in football mad countries such as England.

However A-League’s newest current club Western Sydney Wanderers has the distinction of being connected to Australia’s documented oldest (albeit extinct) footballing side. In a match in 1880, the Kings School put forward a team known simply as the ‘Wanderers’, marking the occasion as both the creation of the first known association football side and the contesting of the first association football game in Australian history.

Football in Australia has a limited but proud history. What Australia understandably lacks in world renowned stature, it makes up for in massive potential to create new history.

Brazil, the heartland of football, where greats such as Pele, Neymar, Zico, Ronaldo and Ronaldinho honed the silky skills that set them apart from the average footballer. The South American country has claim to containing some of the most successful footballing sides in the entire continent, with Sao Paulo Athletic Club and Corinthians representing such a legendary history with massive contributions to football’s development in Brazil.

Sao Paulo Athletic Club was birthed as a massive sporting association consisting of a variety of sporting codes, from association football, to rugby, swimming and even squash. SPAC was founded in 1888, with English railroad worker and skilled footballer Charles Miller credited as leading the development of the club as he provided football equipment and the rules of the game to its originators. Unfortunately, the Sao Paulo Athletic Club footballing side ceased to exist from 1912 onward.