21-year-old Iredale has four goals in six games for Wolfsburg's reserve team this season, but he would have already made his Bundesliga debut - and possibly his Socceroos - were it not for a ghoulish foot injury sustained last year.

“It was meant to be a 4-5 month injury, I was ready to play at the back end of last season, then coronavirus hit and the leagues were cancelled," he told Bein Sports.

“It was tough to take, there were lots of opportunities coming up with Wolfsburg and the national team, but I knew I could come back strong again, and I feel stronger and hungrier coming back.

“Because of this break, my foot wasn’t strong enough to take the loads we put on it in pre-season straight away so I was having problems with it.

“I saw a couple of specialists and nobody could explain why I was feeling pain. Mentally this was tough because they’re saying everything is fine but I’m still having pain.”

“When I first saw the chiropractor, the first thing he said was, ‘this foot looks like it has been run over by a truck'.”

Iredale has long been in the Socceroos frame, with Graham Arnold including him in a senior national squad as early as 2018, but persistent injuries have long-hampered the prodigious striker.

The Aussie striker has always been prolific, leaving the Eredivisie's youth divisions in 2018 after scoring 10 goals in 13 appearances for SC Herenveen II, but now out of his teenage years, the pressure is on to make performances like this count at senior level.

At least at Wolfsburg and the Bundesliga, he has a club-culture-league combination that both values youth and respects the rehabilitation process.

“Right now, we both agreed the priority is just to focus on playing games again," he said. "Get back to full fitness, score goals.

“I’m the first choice striker for the second team, they just want me to get back playing, score goals and the opportunities will come.”

“They want to make sure I’m ready physically and mentally before I make that step up [to the first team], because of course it’s a big jump, but I know I’ll be ready when it comes.

“It shows Germany is a strong league it’s a strong country for football and it allows younger players to really show what they’ve got.

“It’s nice to see that when you break into the first team squad there are lots of clubs who give young players a chance.” 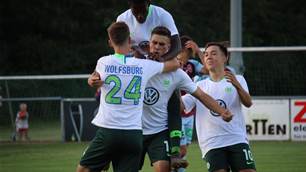 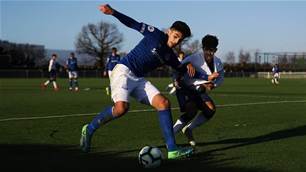