Both Melbourne teams shared the points last night, as it finished 1-1 at AAMI Park, with Dario Vidosic the saviour for City in the 92nd minute.

Toivonen opened the scoring in the 55th minute courtesy of a Kosta Barbarouses cross, and the Swede admitted he was surprised with the amount of space he was given by the City defenders.

He added he was annoyed his team switched off in the final moments.

“I’m disappointed, but it’s our mistake they made a goal,” Toivonen told FTBL.

“I’m a little bit pissed off, but we didn’t lose and we’re looking forward to the next game.

“The goal I scored was a good goal, it wasn’t too difficult as it was just a tap in. It was a good cross from Kosta who made it possible.”

Toivonen also said Victory were remaining positive and were looking forward to their next game against Wellington Phoenix.

“We won six in a row before this game and that’s positive,” he said.

“Last night was a bump in the road, but we’ll work hard and look forward to the next game.” 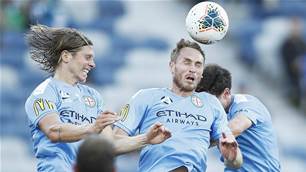 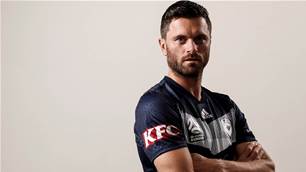