Andre Villas-Boas has praised the resilience of his Tottenham side after they coasted past Aston Villa 4-0 in the English League Cup.

The Tottenham manager had been vocal about a lack of preparation time coming into the game with his team having played on Thursday and Sunday before travelling to Villa Park but his players showed no signs of tiredness as they romped into the fourth round.

And following their win Villas-Boas heaped praise on his squad for the way they brushed aside Paul Lambert's side.

"(It was) a good performance," the Portuguese manager told Sky Sports.

"And a great response from the team.

"We came here with three players that played that game (versus Cardiff on Sunday), which was a risk, but it was a great response from the team.

"We have great strength in depth, great team spirit this year and the players are all buzzing for opportunities like this."

Jermain Defoe opened the scoring for the visitors on the stroke of half-time after some excellent work from Lewis Holtby.

Paulinho added the second four minutes after the break before Nacer Chadli struck his first for the club with five minutes to play.

There was still time for Defoe to have the last word as he netted a second goal in stoppage time to finish off Aston Villa, and the veteran striker came in for special praise from his manager.

"It was another super performance from Jermain Defoe," Villas-Boas said.

"He showed great desire, his performances have been excellent."

Villas-Boas also underlined his desire to have a good run in the League Cup; providing they are looked after with the fixture scheduling.

"Hopefully if we can get the calendar right (we can do well)," the 35-year-old said.

"Normally we would be given the opportunity to play on Wednesdays, if that happens we will be in contention.

"We want to go further (in the competition)." 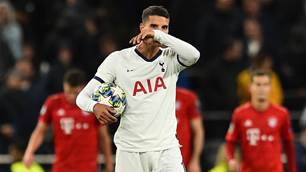 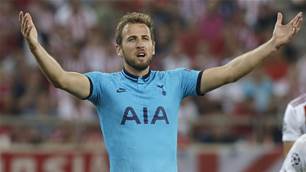 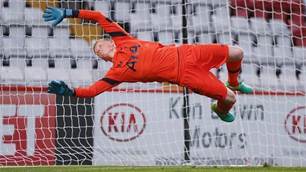