It toughened him mentally and gave the then-teen a taste of Sunderland’s brilliant football culture.

For an 18-year-old Jurman, life in Sunderland with its manic football passion was an eye-opener.

The Young Socceroo and AIS graduate with the UK-born mother had trialled as a 16-year-old at Bolton Wanderers (with a certain Aaron Mooy) but Sunderland was a whole other level.

From manager Roy Keane’s aura to living first-hand the extraordinary passion of Sunderland's incredible fans, it was an experience that has stayed with the powerful central defender.

But as the A-League gears up to finish Season 2019/20 in empty stadia this month due to virus restrictions, Jurman says his Sunderland experience reminds him of why playing overseas can at times be so intoxicating.

“I’d been in Scotland trialling but after they said they wanted me back in pre-season. So I got a trial at Middlesbrough,” Wanderers defender Jurman tells FTBL.

“Then I got a chance to trial with Sunderland. I was at Sunderland for a week. The facilities at the training centre in Sunderland were absolutely unbelievable.”

Sunderland has a UEFA 5-star facility at its Academy of Light in Cleadon and the Stadium of Light is by far the most prestigious venue in League One.

“While I was there I watched one of Sunderland's Cup games at the Stadium of Light," he continued. "Honestly, it was incredible.

“I stayed near the water in Roker I think, and they really looked after me. It was a nice place. 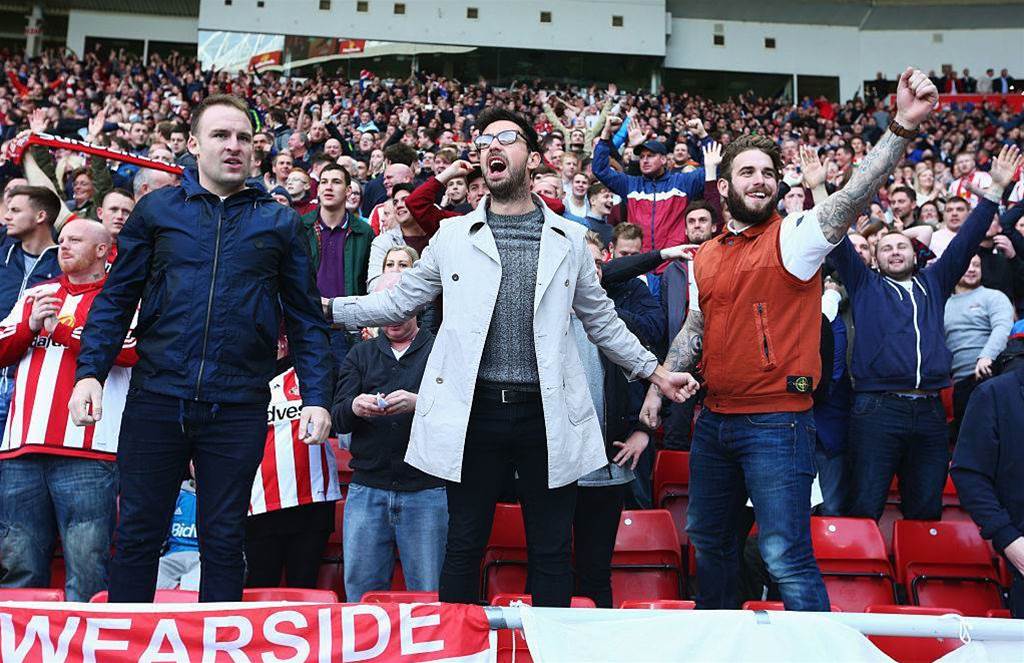 Sunderland fans are some of the world's most rusted-on fans, says the A-League star

“I have good memories. Seeing all the training facilities. Everything was really professional. I met Roy Keane [then Sunderland manager] but I was a bit intimidated by someone like him.

“I was excited to meet him but I mainly worked with Sunderland’s youth coaches.

“And while I was training at Sunderland, they had another young player called Jordan Henderson.

“I’m a Liverpool fan and now he’s their captain, so that was pretty amazing and I recall the striker Martyn Waghorn was there, too.”

Waghorn, from nearby South Shields, is now on Derby County’s books after spells at Leicester City.

If you haven’t seen "Sunderland Till I Die" on Netflix, watch it, urges Jurman.

It took him back to his week on Wearside.

“The fans not even at the games but just in general when you walk around Sunderland.

“I can imagine how hard it must have been in recent years for those Sunderland fans.

“Seeing what’s happened to the club and the team.

“I did watch the Netflix documentary Sunderland Till I Die, and for anyone who doesn’t know much about Sunderland and football, it’s the best thing to watch.

“You get to see the highs and lows behind the scenes of this incredible club, Sunderland." 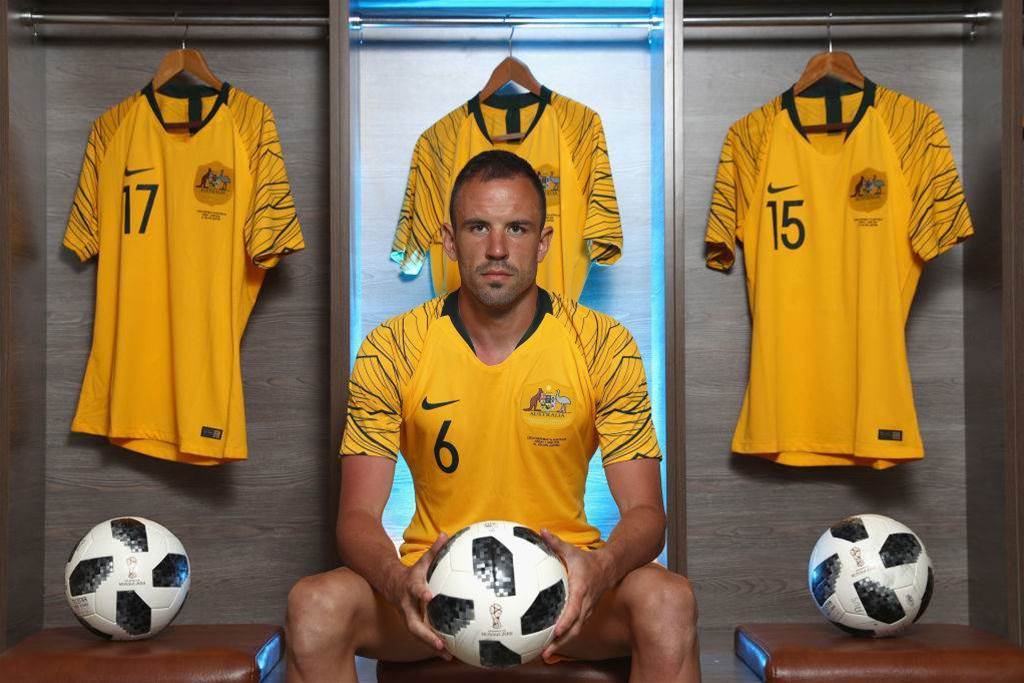 However, he believes knock backs and traveling around Europe trialing is good for your character. Particularly for young players.

Before his Sunderland week, he was in Germany on trial.

It was draining mentally and physically.

“I was 18 and had a trial at Werder Bremen after one of the Young Socceroos camps. I flew direct from Vietnam," the A-League defender recalls.

“I was at Werder’s training camp in Spain. I was the youngest in the group and we trained three times a day. It was intense, with days starting at 6 am.

“Werder wanted me to stay and I ended up staying there for two months. They then told me they wanted to find another team for me to develop. I was pretty gutted.

"I went to some other German clubs and all this time my parents were funding my trip. I’d train with the U23s in the morning and then later in the day with the U19s. I felt I was doing well but that’s how it goes.”

But as it turned out one of Hannover chief scouts was English. It was Jurman's passport to trials in the UK.

“I stayed with this scout’s family and to this day I still speak to him and his family.

“And in fact, when the Socceroos played Hungary [in 2018] he came to see a friendly game we played. His family is still special to me and part of my journey.

“From there I went to Motherwell in Scotland for a month, and I thought I’d sign there and then the coach said to come back in pre-season."

In total it was a four-month trial journey from Germany to Scotland, England and Denmark. 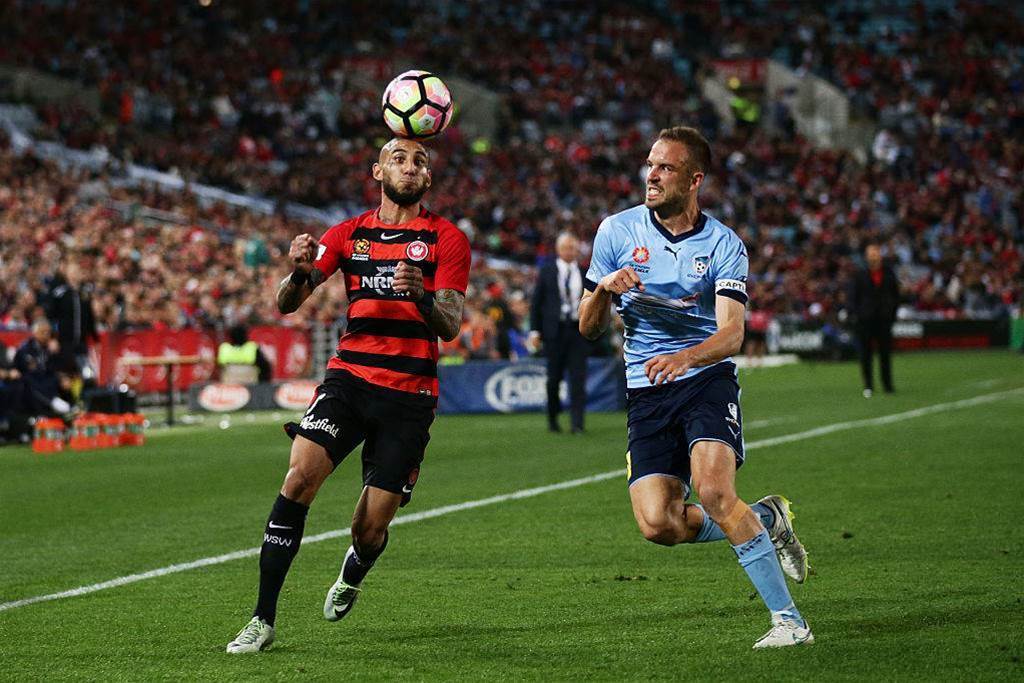 And in Korea's K-League for perennial powerhouse Suwon Bluewings.

He's one of the A-League's and AFC's more respected footballers.

Even more significant, the current Wanderers central defender was part of Australia’s World Cup 2018 squad in Russia after helping Australia qualify for a fourth World Cup in a row.

Clearly, toughing it out as a teenager on the other side of the world hasn't harmed the A-League talent.

“I think at a young age it made me mentally stronger. I’m glad I did it. Younger players get away with a lot these days.

The A-League is due to resume in mid-July with Wanderers having a slim chance only of making up the ground needed for a finals charge.

After former Liverpool and German international Markus Babbel was sacked as head coach by the A-League powerhouse mid-season, it’s been a tough campaign at "Wanderland" for Wanderers.

Jurman, 30, is off-contract at Wanderers at the end of this COVID-interrupted A-League season and is currently pondering his next contract.

It may be overseas. It may be in the A-League.

Interestingly, Sunderland has had another Socceroo defender this season.

Powerful Bailey Wright hasn’t played in the A-League, he left Australia early and has carved out a superb career at first Preston and Bristol City. 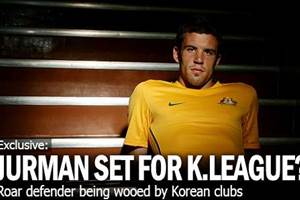 Wright impressed many Mackem fans during his loan spell at Sunderland from City this season.

And after Wright was released from the Robins, many Sunderland fans have taken to social media urging their club to sign the big Aussie.

Jurman and Wright together in the center of Sunderland’s backline?

That would be a duo the Sunderland fans could get used to.

And with a British passport, playing in the UK is very much still a dream for Jurman.

“It’d be a mad experience to play at a club like Sunderland,” adds the big A-League defender.

"You don't quite know where you'll be with the way the world is now, but that's also quite exciting."